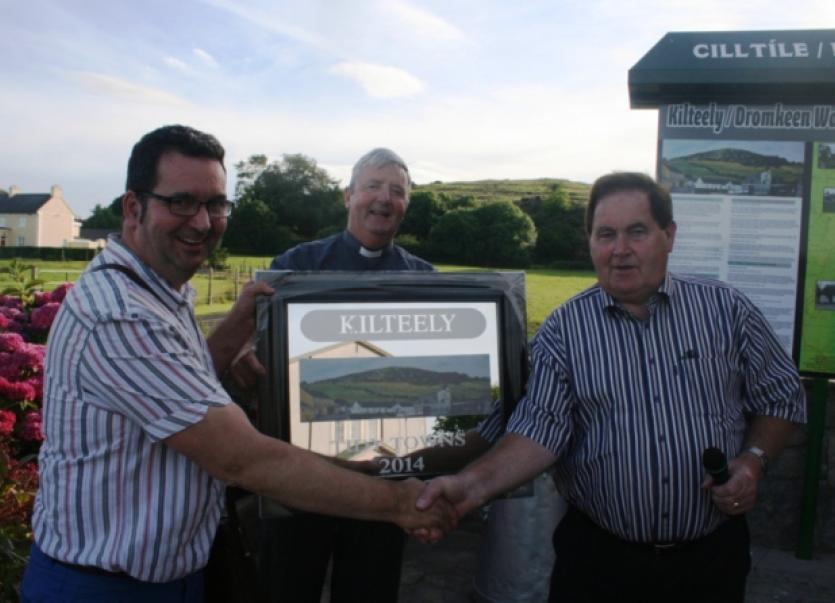 JOHN McCarthy was sick of people asking him where Kilteely was so he decided to do his utmost to put it on the map.

JOHN McCarthy was sick of people asking him where Kilteely was so he decided to do his utmost to put it on the map.

Nestled in the East Limerick countryside off the N24, John said the amount of people that ask him where it is “is amazing”.

So nobody will have an excuse to ask where Kilteely is again.

The pamphlet entitled walking routes and information points in Kilteely-Dromkeen has proved a big draw to the locality since it was printed in June. It features maps and is a mini encyclopaedia on the parish’s history.

“Such was the negative impact of the famine that parishioners died without family or funds to bury them and beside the school wall lies the remains of many victims interred in a common grave - a grim reminder of the ravages of black ‘47,” it reads.

One thousand pamphlets were printed but more have been ordered due to demand.

And not just from outlets like shops, pubs, post offices in Kilteely-Dromkeen, Pallasgreen, Old Pallas, Ballykisteen House Hotel and Limerick Tourist Office, but from locals.

“Lots have asked for some to send to relatives abroad and people home on holidays want to bring them home to show their families about where they originated,” said John, who made a special presentation at the launch to Eddie O’Dea of the historical society for his contribution.

The Tidy Towns committee have spent around €7,000 this year on the initiatives as well as 1,280 flowers.

While they do receive support from Ballyhoura and Limerick County Council the majority of the money comes from a dance run by John in Ahern’s. They even received €500 anonymously from someone in appreciation and support of their good works.

Joe Crowley, leas cathaoirleach, did the official launch and already John says more people have come into the parish to try out the new routes.

“It is a hidden gem,” said John. One they want to share.

He wished to thank his fellow committee members; Fr Conor Hayes for his constant support; Kilteely National School teachers and pupils for their interest and the whole community as they strive for even more success in Tidy Towns and Limerick in Bloom.