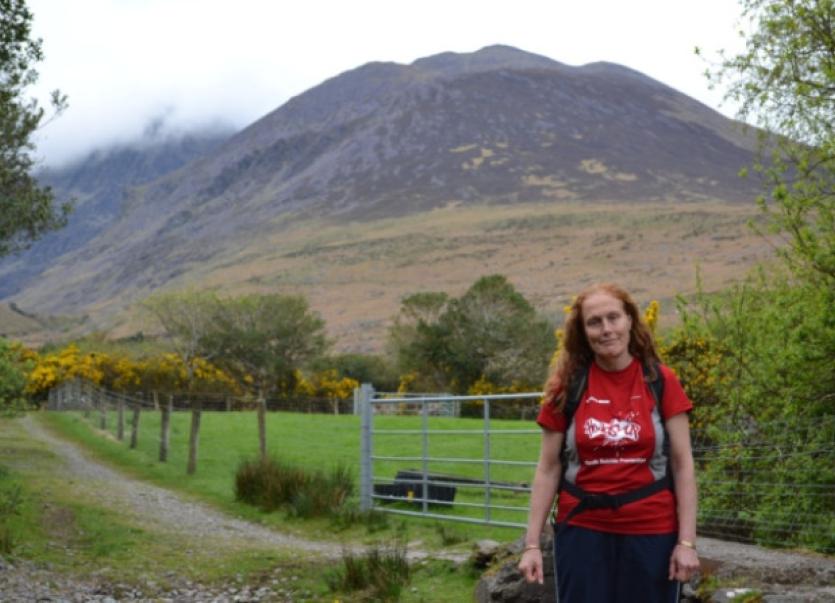 She was one of a team of 16 people who completed the challenge of climbing Carrauntoohil, Slieve Donard, Ben Nevis, Scafell Pike and Snowdon over one weekend at the start of this month.

“When I saw the ad for the Five Peaks Challenge I immediately thought I would love to do it. I was a bit daunted by the fundraising but I reckoned if I gave up smoking that would pay for the trip,” said Yvonne.

“I have worked in Limerick for the last 15 years as a child and adolescent psychiatrist so have met many young people who were feeling suicidal.

“Like most people I have also been personally affected by this terrible scourge that is blighting our lives.”

She said that the challenge was a “wonderful antidote to despair”.

“To do it you have to reach inside yourself and find the part that will endure no matter what, and realise the best way of keeping on when things seem too hard is to lean on someone else who happens to feel stronger at the time. Not because they are better or cleverer but just because for them it isn’t such a bad day as it is for you.

“My highlight was sliding down Ben Nevis in the snow - hard to stop laughing then!”

Run by Rehab, HeadsUp is a mental health promotion project which aims to contribute to suicide prevention efforts by providing timely, appropriate information and support to young people.

It provides a wide range of initiatives aimed primarily at 15-24 year olds. However it also includes community groups, fathers and workplaces.

The next Five Peaks Challenge takes place over the August Bank Holiday weekend. Anyone interested in taking part can call Kerry on 01 2100521 or email Kerry.houlihan@headsup.ie.