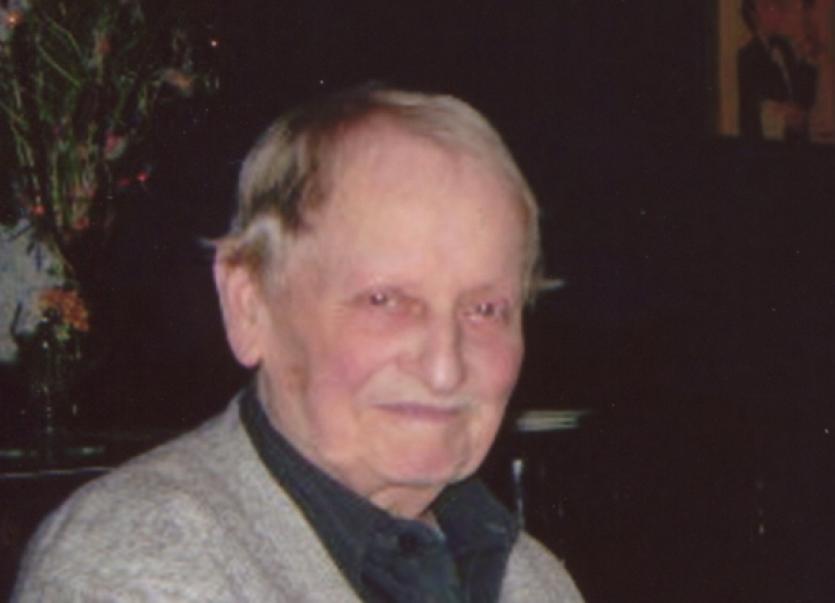 HEARTLESS thieves robbed and ransacked the family home of an 84-year-old Limerick businessman – as he was being cremated in Dublin.

HEARTLESS thieves robbed and ransacked the family home of an 84-year-old Limerick businessman – as he was being cremated in Dublin.

In an act the family have described as “wanton destruction”, the O’Connell Avenue home of mechanic Josie Walsh – who founded the Crescent Garage in Alphonsus Street - was targeted just days after his funeral.

The family have come forward in the hope that members of the public can identify the “most uncompassionate and low” culprits.

Jewellery that Josie had gifted to his wife Geraldine shortly before his death was stolen, with the thieves also taking cash and anything else they could find of monetary worth causing the family “anguish and heartache”.

The remainder of the house was “trashed”, his daughter’s long-term partner Patrick Dundon told the Limerick Leader.

“Doors were smashed to pieces, contents of drawers and cabinets were strewn everywhere, mattresses were slashed, and [there was] wanton destruction of items all over the house,” he said.

Most hurtful of all for the family was the fact that the thieves targeted the pensioner’s bedroom.

“This was very distressing, as this was the room in which he had passed away,” Patrick said.

Josie passed away on Monday last week, and a funeral Mass took place in the Dominicans Church, Pery Square.

It was always his wish to be cremated, so after this, his family travelled up to Dublin, as there are no facilities near Limerick. But when they returned to Limerick after spending two days in the capital they discovered the state of the house.

“When we were standing in his bedroom, we were just thinking: how can someone do this within days of a person passing away? You cannot put yourself in that mindset as an ordinary decent person,” Patrick said.

His partner, Josie’s daughter Roseanne, 26, grew up in the home with her brother Adam, 18.

She said: “The home does not feel like our own any more. I cannot imagine how anyone could do this. How could anyone be that cold hearted?”

Separately, a mini digger belonging to Josie was stolen from some land in Clarina.

Patrick believes the thieves would have known about Josie’s passing, because of a death notice placed on the door of the Crescent Garage, plus online.

“The gardai informed us that this is a common occurrence around the city and country, and we would like to make people aware of this as dealing with the loss of your loved ones is enough without having to lose your home too,” Patrick added. Both the garage and the house are under 24-hour surveillance to ensure they are not targeted again.

The family are calling on the public who may have been in the O’Connell Avenue area between March 6 and 9, and have “any information at all that could help to bring justice and respect to the memory of the most respectable of men”, to contact Roxboro garda station on 061-214340.