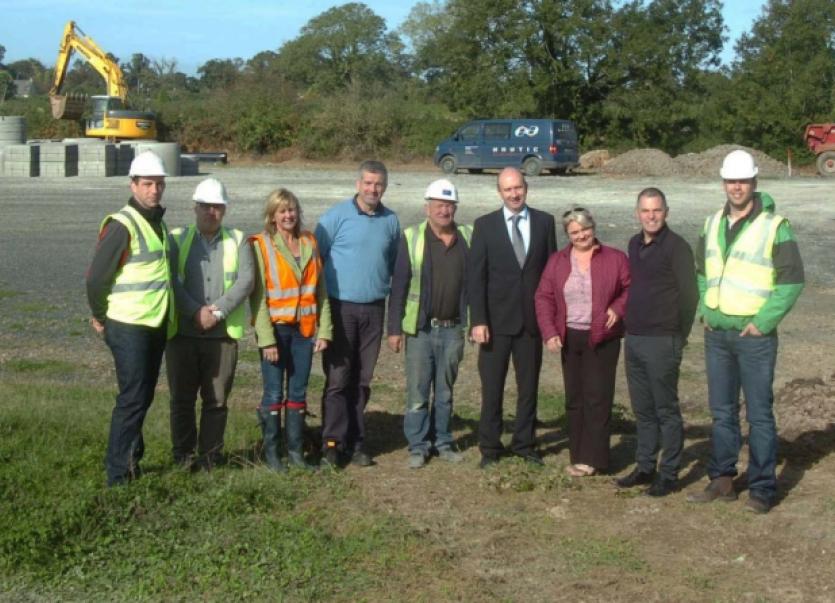 A LONG-CHERISHED dream is fast becoming reality in Adare where work has now started on phase one of an ambitious plan to develop recreation and playing facilities in what is known locally as the Manor Fields.

A LONG-CHERISHED dream is fast becoming reality in Adare where work has now started on phase one of an ambitious plan to develop recreation and playing facilities in what is known locally as the Manor Fields.

But this first phase of the plan also marks a major milestone as it includes a children’s playground, something for which parents in Adare have been campaigning for over a decade.

“Adare’s long struggle to have its own playground is now nearly over,“ said James Collins, the chairman of Adare Recreation and Community Complex (ARCC) the community group behind the project.

And they hope to have the playground in place, and all the other works fully completed by the end of November, weather permitting.

“We are delighted to get going,” Mr Colins said. “And they have gotten a good start.”

This phase of developing the Manor Fields also includes upgrading the access road and providing footpaths and lighting as well as car and bus parking for over 90 vehicles.

The project has been made possible through funding of over €300,000 from West Limerick Resources and a significant, local contribution of €100,000.

“West Limerick Resources have been absolutely magnificent in terms of helping and guiding us. Their expertise has been fantastic as well as their financial support,” Mr Collins said.

But Mr Collins hopes that development of the Manor Fields will not stop there. The 25-acre site was gifted to the community some years ago as part of planning and development at Adare Manor. Three pitches have since been developed on the site, and these have been used for soccer, cricket and GAA training.

In the longer-term, the ARCC plan includes upgrading of two of these pitches as well as the provision of an all-weather pitch for soccer.

The plan also includes tennis courts with lighting, cricket playing and training area, a two-kilometre stretch of trim & exercise trails, changing facilities, spectator shelters and viewing areas, and pavilions. Once phase one is completed and up and running, the ARCC committee will launch a major fund-raising drive. “We hope to use the opening of the playground and entrance as an opportunity to present the overall plan,” Mr Collins said. Use of the Manor Fields has been suspended while the first phase of the plan is under way.