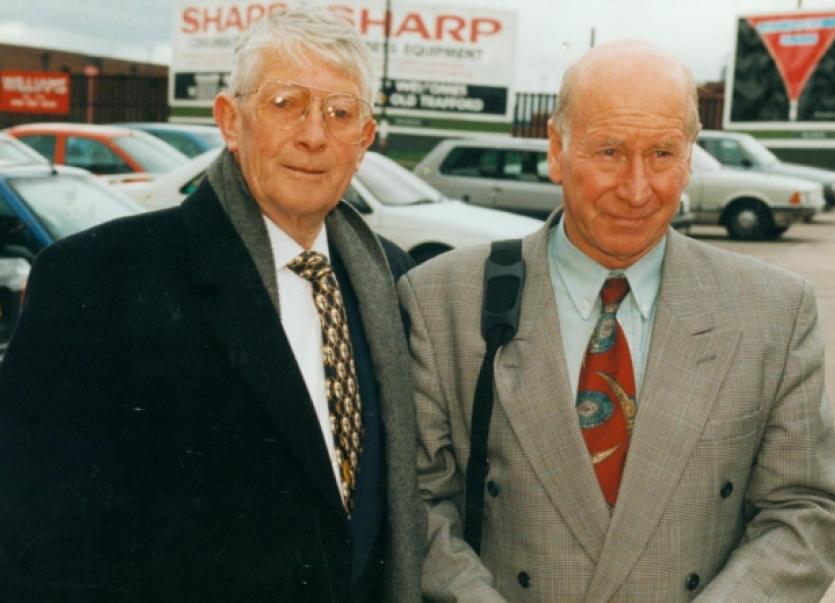 SPORTSMAN, publican, politician and one of Limerick’s greatest characters Mick Crowe will be laid to rest in his native city this Wednesday.

SPORTSMAN, publican, politician and one of Limerick’s greatest characters Mick Crowe will be laid to rest in his native city this Wednesday.

Mick, who was born on Glentworth Street, played senior rugby for Shannon and soccer with Limerick FC.

After his playing days, he was heavily involved with Ballynanty Rovers and also served as a director for Limerick United.

He was involved in fundraising and organising tours overseas for many Limerick and Irish sporting teams and for putting on sports fixtures in the city such as the visit of FA Cup winners Spurs to Thomond Park in 1981. It was Mick Crowe who brought All-Ireland football champions Kerry on a tour of the USA in 1970, establishing a tradition for Sam Maguire winners ever since.

He ran the Imperial Hotel and several pubs in Limerick city and also tried his hand at politics. He ran for the Dail in the by-election following Donogh O’Malley’s death in 1968 and was elected an independent member of Limerick City Council in 1974.

Known to all as The Doc, one version of the story of how he got his nickname puts Mick in Germany with a touring Limerick soccer team in the 1970s when one of their group collapsed with chest pains. Mick revived the patient with mysterious pills and was given the name “Herr Doctor” by his German hosts. It was a name that stuck on his return to Limerick and “Dr Crowe”, who was known as Limerick’s greatest ball-hopper, was known to perform medical examinations on unsuspecting victims.

Still on the medical theme, one of Mick Crowe’s many pubs was known as Barrington’s and was furnished with an operating table and other medical equipment from the hospital of the same name.

In an interview with the Limerick Leader’s Eugene Phelan in 2010, Mick recalled sitting beside Richard Harris at school and his days mitching in the snooker hall.

Mick was lining up a pot one day when he was interrupted by the Bishop of Limerick Henry Murphy.

“I potted the ball and ran and the bishop said to me: ‘Crowe – you will wind up in Alactraz.’ And the funny part is that when I went off with the Kerry team on the trip I organised to New Zealand, the States and Canada, where did I end up only in Alcatraz? I sent a letter off to the bishop. I said: ‘I finally made it to Alcatraz. From Guess Who?’”

Behind all the laughing and joking was an astute businessman and somebody who raised a lot of money for worthy causes in Limerick.

When the vintners once instructed him to raise the price of a pint at the Dalcassian bar on King’s Island, he made sure the price increase went towards paying for electricity for the neighbouring widow’s almshouses.

Mr Crowe was aged in his 80s and passed away this Monday morning. He is survived by his wife Lily and seven children.

Reposing at Griffin’s Funeral Home this Tuesday from 4.30pm with removal at 6.30pm to St Saviour’s Dominican Church. Funeral mass on Wednesday after 10.30am mass to Castlemungret cemetery.