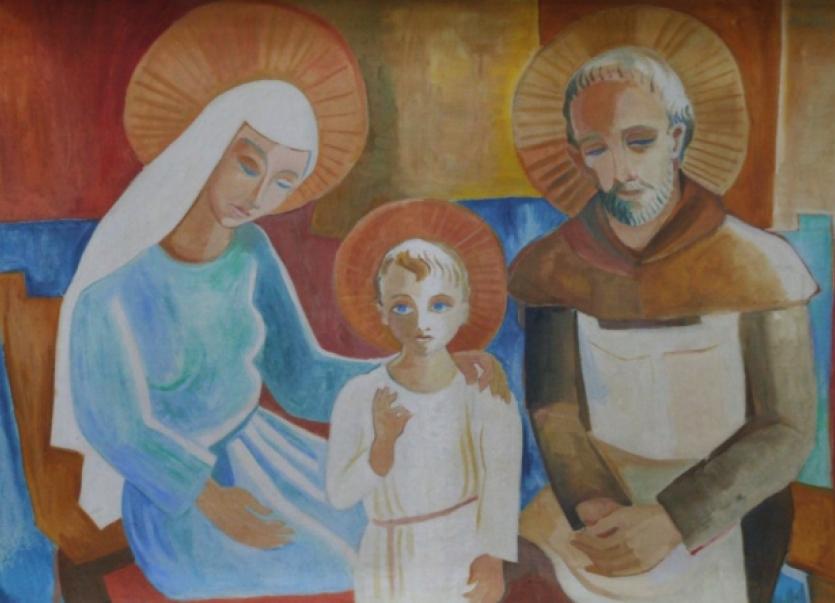 GARDAI are continuing their investigations into the theft of five paintings from a church in Limerick in “broad daylight” last week, which have been valued at €25,000.

GARDAI are continuing their investigations into the theft of five paintings from a church in Limerick in “broad daylight” last week, which have been valued at €25,000.

Gardai at Mayorstone station are appealing to anyone who may have seen “anything suspicious” on Wednesday last, October 16, between the hours of 11.45am and 3.30pm to contact them in confidence.

Prayers are being said this week for the return of the paintings stolen from the Holy Rosary church on the Ennis Road, after a lone male walked in a side door and removed the paintings from their frames.

The paintings by the renowned artist, the late Fr Jack Hanlon, had been hanging proudly in the church for over 50 years since its opening.

But on Wednesday last - some 20 minutes after curate Fr Tom Ryan left the church - a thief with a newspaper partially covering his face entered the church and cut the five canvases out of their frames with a stanley knife, leaving a jagged edge of the canvas behind in the frame. “People are very shocked, as indeed am I,” said Fr William Walsh.

“It’s a dreadful and very unfortunate thing to happen. We had 100 people at mass the following morning and people were very distressed and annoyed. At first some people thought the paintings had been removed for restoration,” he told the Limerick Leader.

Measuring about three feet long by five feet wide, the works were valued at €5,000 each when they were assessed by a local evaluator in 2010. However, it’s understood they could be worth considerably more, as one work by Dublin born Fr Hanlon, who died in 1968, recently sold for $25,000 in the United States.

His work was recently featured in an exhibition in the Irish Museum of Modern Art (IMMA) in Dublin, which went on to tour the country. The paintings depict St Patrick, St Brigid, St Oliver Plunkett, Jesus in the carpenter’s shop with the Holy Family, and Pope Pius IX.

“People are very upset by this, especially our older parishioners who remember when the paintings were first mounted in the church,” said Fr Ryan. “It’s hard to know what they could do with them. It’s a big shock.”

There are four doors to the church, from the North Circular Road and Ennis Road, and Fr Ryan said one door is always left open throughout the day for those who wish to visit the church and pray. The pieces were specifically painted for the church by Fr Hanlon after it opened in 1950.

The famous art collector John Hunt introduced the artist to Monsignor Michael Moloney, a parish priest who later became Diocesan secretary to successive bishops of Limerick. Hunt encouraged a number of artists at the time to contribute to the decoration of the church, and also loaned items from his own collection to the church for its opening. Call Mayorstone on 061 456980 or the Garda Confidential Line on 1800 666 111.