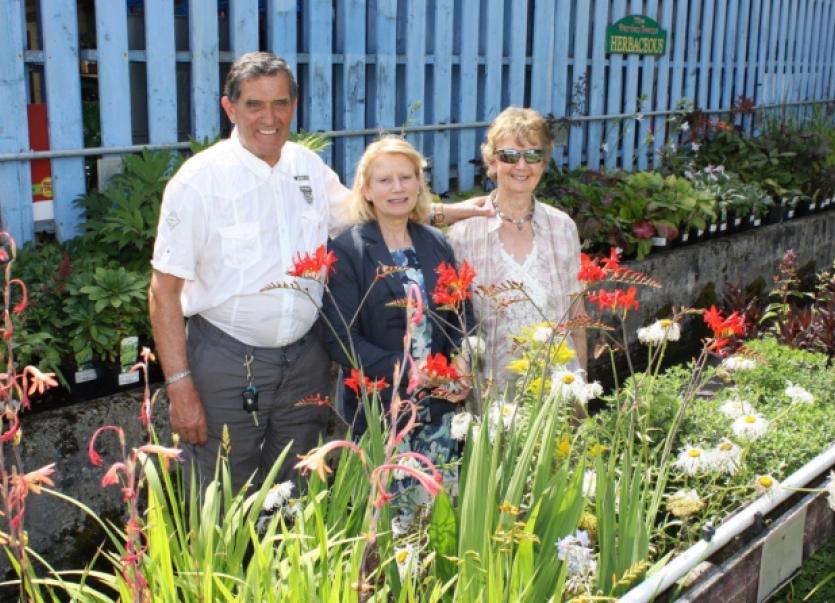 McLysaght’s Garden Centre has been growing for 50 years so where better to celebrate their half century than Limerick Show.

McLysaght’s Garden Centre has been growing for 50 years so where better to celebrate their half century than Limerick Show.

For much longer than 50 years Limerick Show has been the place for the green fingered to showcase their talents.

A special stand will be erected for the Ennis Road garden centre and tea rooms in Limerick Racecourse on Saturday and Sunday, August 24 and 25.

Patricia Coghlan, proprietor, says there will be a huge range to choose from over both days. And if you buy you can leave it in the plant creche until you are going home.

With Limerick’s Show’s proud equine history JT McNamara and Brian Toomey will be at the forefront of many people’s mind this year and Ms Coghlan asks anybody using their plant creche to donate to the Injured Jockeys Fund.

“It is a very important cause,” said Ms Coghlan, who successfully managed McLysaght’s Garden Centre for 10 years before taking over the ownership in 1997.

It is hard to believe with the amount of gardening TV shows, magazines and columns that there was no such thing as a garden centre just 50 years ago.

William McLysaght, who along with his wife Anna, founded the garden centre in 1961 said the concept came from America.

They were just pipped at the post by a Dublin man to open the first garden centre in Ireland.

“It was difficult in the early stages to sell products, especially trees in containers instead of bare rooted plants,” said Mr McLysaght.

People were used to the shrubs or plants being taken straight from the field, popped in a bag and dropped in to their car.

But with supermarket type packaging becoming the norm people slowly got used to visiting garden centres more and more.

The business kept growing and expanding, helped by the popularity of garden TV shows.

Bedding plant sales grew with the increase in patios and suddenly the garden was being described as an outside room.

From the beginner to the expert there will be something for all at their Limerick Show stand, says Ms Coghlan.

“We will have shrubs, trees, herbaceous plants, perennials, climbers, alpines, roses and a lot more,” she said. Stephen Reddan, who has 30 years in the horticulture business, will be on hand to dish out advice.

Limerick Show PRO, Frankie Ward, says they are delighted to have Pauline Coghlan celebrating 50 years of business in the Racecourse as well as raising money for the Injured Jockeys Fund.