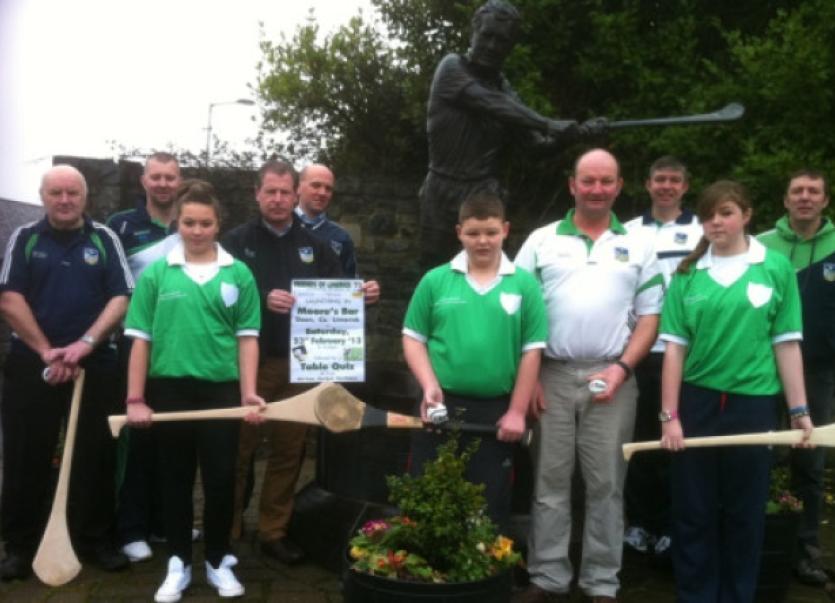 THE FRIENDS of Limerick ‘73 have already raised €3,400 for three Limerick charities but their goal is to raise a lot more.

THE FRIENDS of Limerick ‘73 have already raised €3,400 for three Limerick charities but their goal is to raise a lot more.

As all 21 of the panel are hale and hearty John got retro jerseys and hurleys, which have all been signed by the players.

One of each will be raffled while the other jersey and hurley will be auctioned in June.

After the launch, one quiz and selling raffle tickets the Friends of Limerick 73 committee have already collected €3,400 for the Lisnagry Association, MS Limerick and Milford Hospice.

Their next event begins this weekend with a cake sale from 5.30pm on Saturday in the pastoral centre in Doon, and from 8.30am on Sunday morning. Donations of delicious cakes and tarts are very welcome, says John.

Then on Thursday, April 4 from 8.30pm in the Woodlands in Adare they are hosting the Brain of Limerick quiz.

“There has been a lot of interest in this from clubs, pubs and groups. Whoever wins this will know their stuff about GAA. Table of four is €40.

“We have trophies for the winners and a raffle on the night featuring some great prizes including a signed sliothar by the ‘73 team and jersey signed by the current Limerick hurlers,” said John.

Live 95FM’s Liam Aherne is the quizmaster while adjudicator Ger Downes, games development administrator for hurling, Limerick City, will ensure there is no foul play!

Bidding will also continue on the signed jersey and hurley by the ‘73 team. The jersey is currently at €510 while former Limerick star corner forward, Donie Ryan, has put up €325 for the hurley.

Interested parties can bid at each event and it will go to the person with the deepest pockets in Kilteely in June.

Donie Ryan is doing his own part by helping the campaign by singing. John says at the last charity quiz Donie sang John Denver’s Leaving On A Jet Plane to critical acclaim.

“A person gave €50 because he was so good and Donie has promised to sing again in the future for charity,” said John, who can be contacted on 087 2248157 if you want to book a table for the Brain of Limerick quiz.