Third hay barn fire in county Limerick in a week 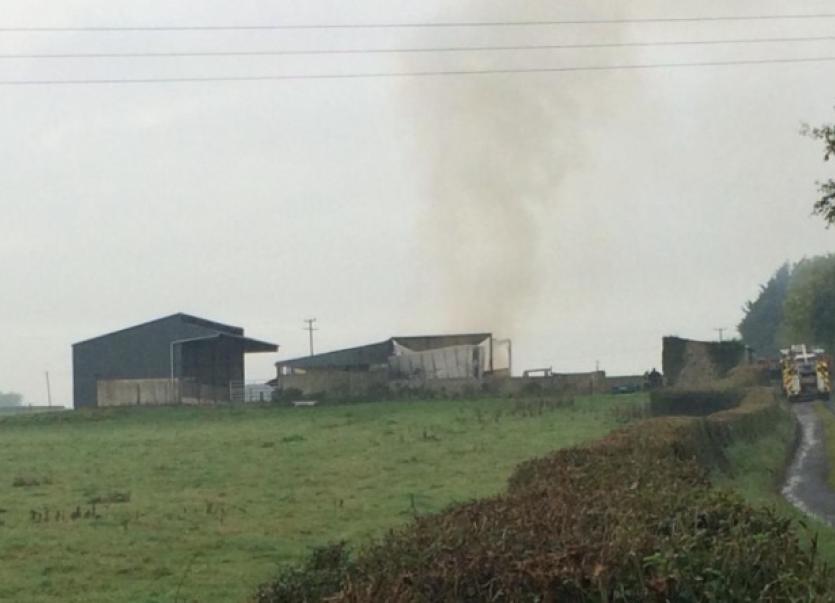 GARDAI are investigating the third hay barn fire in east Limerick in the space of a week.

GARDAI are investigating the third hay barn fire in east Limerick in the space of a week.

Three units from Cappamore fire station attended the blaze at Ballyvalode, Oola after receiving the report at 5.33am this Tuesday morning. Over 100 bales caught fire and the shed has been gutted.

In the early hours of Monday morning firemen responded to a hay barn fire at Lissowen, Doon. The previous Monday morning two bullocks died in a shed fire on the road between Doon and Oola - just a mile from the incident in Ballyvalode.

A fire service spokesperson said: “A garda investigation into the incidents is ongoing and it would not be inappropriate to comment at this time.”

Gardai are appealing for witnesses or anybody with information to come forward to help them with their enquiries by contacting Bruff garda station on 061 382940.

One farmer in east Limerick told the Limerick Leader that people are worried about where the next fire might happen.

“It is crazy what is happening here. People don’t know what is going on, who is doing this or why? The three farmers affected are highly respected members of the community - your heart goes out to them - anybody could be next,” they said.

He didn’t wish to be named for fear his hay barn would be targeted.