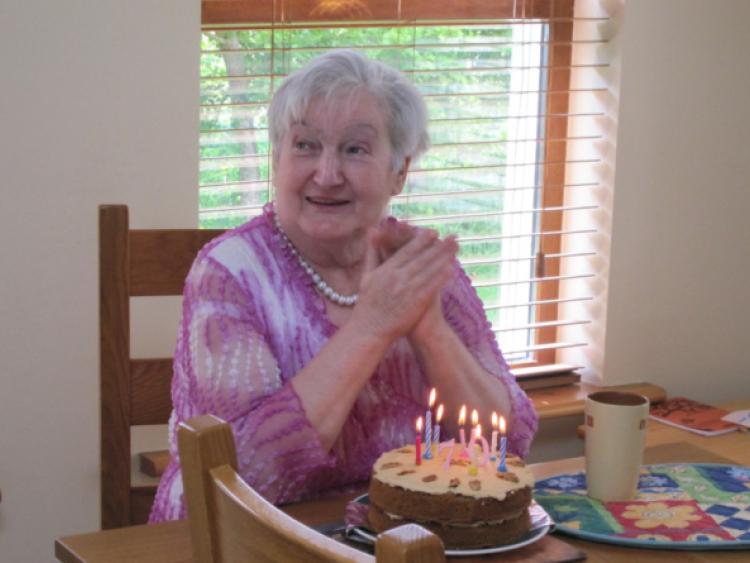 MARGARET ‘Peg’ Kelly’s “extremely positive outlook on life”, her deep faith and her profound love for her family, were recalled at her funeral Mass in Monagea this Wednesday afternoon.

MARGARET ‘Peg’ Kelly’s “extremely positive outlook on life”, her deep faith and her profound love for her family, were recalled at her funeral Mass in Monagea this Wednesday afternoon.

Pensioners, young school children and members of the emergency services gathered in the pews of Monagea Church after midday to say a final farewell to the 71-year-old mother-of-nine from Ballygeele, Newcastle West who tragically lost her life in a collision on Sunday evening.

“Margaret was very much a family person, happy in her kitchen - a great baker,” said Fr Frank Duhig, parish priest of Newcastle West - which also covers Monagea - who celebrated the funeral Mass.

“She was a very committed mother and wife.”

Hard work is often said to be the essence of creativity, and Margaret, or Peg, as she was fondly referred to, wasn’t scared of rolling up her sleeves and getting stuck into whatever job or chore that needed to be done.

“She didn’t go out a huge amount but she went to the bog,” Fr Duhig pointed out. “She was a very hard worker - whether that was in the kitchen or in the bog she worked equally as hard.”

Margaret’s faith was very important to her. She was a regular Mass-goer.

Her family was her pride and joy and she doted on her five grandchildren.

Gifts brought to the altar during her funeral Mass included a radio and newspaper, symbolising her eagerness to keep up-to-date with the latest happenings, a little ornament of a dog - Margaret greatly enjoyed the company of Sailor her dog, and a piece of her knitting, illustrating the depth of her talents.

At the close of the funeral Mass, Margaret’s brother, Pat Normoyle, thanked the emergency services for the support they gave to the family and he also paid tribute to relatives and neighbours for their kindness at this difficult time.

Mr Normoyle also spoke of how the family’s thoughts are with the other people involved in the tragic accident.

Margaret lost her life when the car she was travelling in was involved in a collision on the N21 on Sunday evening.

She was pronounced dead at the scene.

The three-car pile-up happened at Ballyfrawley which is between two and three miles outside Newcastle West, on the Rathkeale side of the town.

Sergeant Denis Woods said the road was very busy at the time and has appealed for witnesses to come forward.

“We are appealing for any persons who were on that stretch of road between 6.20pm and 6.45pm who may be able to assist us in our investigation to contact us here at Newcastle West garda station on 069 20650,” said Sgt Woods.

Three units of the fire and rescue service- two from Newcastle West and one from Rathkeale - attended the scene.

The road was closed for a technical examination and local diversions were in place for a number of hours.

Margaret ‘Peg’ Kelly is survived by her husband Michael, daughters Siobhan, Catherine and Margo, and sons, Shay, Robbie, Michael, Dermot, Albert and Cyril, brothers, sons-in-law,daughters-in-law,grandchildren, and extended family. She was laid to rest in Castlemahon cemetery.