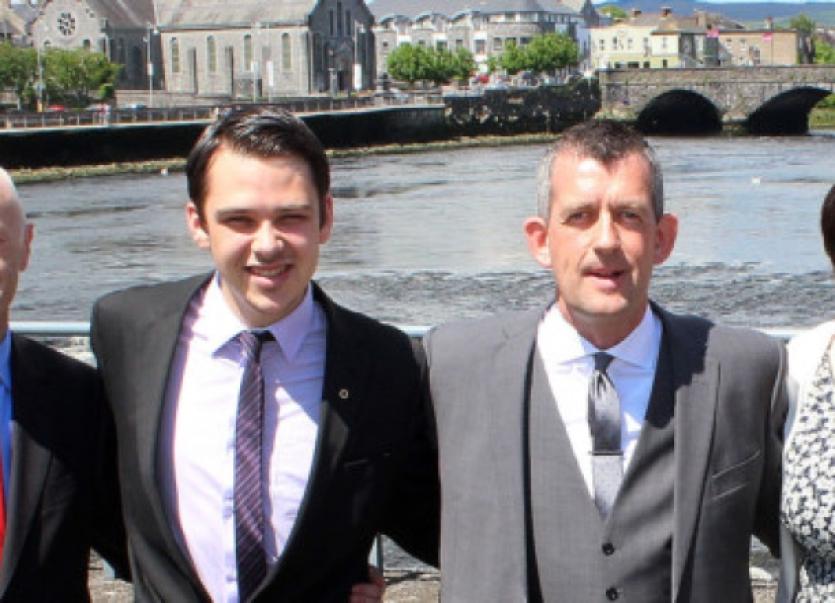 LIMERICK’S mayor has labelled Sinn Féin’s attitude to the 1916 Rising commemorations as ‘counter-productive’ and ‘disappointing’.

LIMERICK’S mayor has labelled Sinn Féin’s attitude to the 1916 Rising commemorations as ‘counter-productive’ and ‘disappointing’.

Mayor of Limerick City and County Cllr Kevin Sheahan was reacting to the decision by delegates at the Sinn Féin Ard Fheis to vote overwhelmingly against inviting any member of the British royal family or the British government to the 1916 commemorations.

Local Sinn Féin councillor Séighin Ó Ceallaigh, who spoke on the motion at the Ard Fheis in Derry, has also said he would “personally be opposing any British royalty or government officials, coming to the celebrations in Limerick”.

“They have no place coming to this city and county, while we are honouring the men and women who fought and died to free Ireland from British rule,” he said this week.

The Government recently indicated that it was “extremely unlikely” that a member of the British royal family will attend the 100th anniversary next year.

An all-party committee is to be formed to put together plans to commemorate the 1916 Rising and other centenary commemorations in Limerick. Cllr Ó Ceallaigh said he will be one of Sinn Féin’s representatives on it, as will party leader Maurice Quinlivan, it is expected.

The group will not have any power to sign off on events, but will bring recommendations to the full council for approval.

Mayor Sheahan, who said the committee will meet for the first time next week, said he would be “extremely tolerant and I want to hear everybody’s point of view”.

“But I don’t think we exploit adequately at all our tourism product in Limerick and certainly you wouldn’t be doing much for your tourism – it would be counter productive if you were to be labelled as being selective in whom you want to come to your county, town or city,” he said.

“I am disappointed that any political party would decide this on a national level, or at any level, if we are serious about tourism.”

Cllr Ó Ceallaigh said “not alone are the British royal family and the British Government not welcome to the 100th anniversary of the 1916 Easter Rising, but they are not welcome to any event honouring men and women who gave their lives to drive Britain from the shores of Ireland.

“Anglo-Irish relations, and reconciliation between Ireland and Britain, will be not complete until the British Government has no presence whatsoever throughout the island of Ireland.”

“We must remember that the struggle may have become a political struggle, but it is by no means over. It will not be over until we have a 32 County Socialist Republic.

“We cannot pretend that the struggle is over and that it’s fine for British Officials to attend Republican commemorations, because it is not.”

The Government indicated recently - in a change of position on the matter - that it would not be inviting the Royal family to the events planned for Easter week next year.

Minister of State Aodhán Ó Ríordáin, who has special responsibility for the centenary of commemorations, said debate over a Royal presence would be a “distraction” from the planned events.