Highs and lows of 2014 recounted in County Limerick parish annual 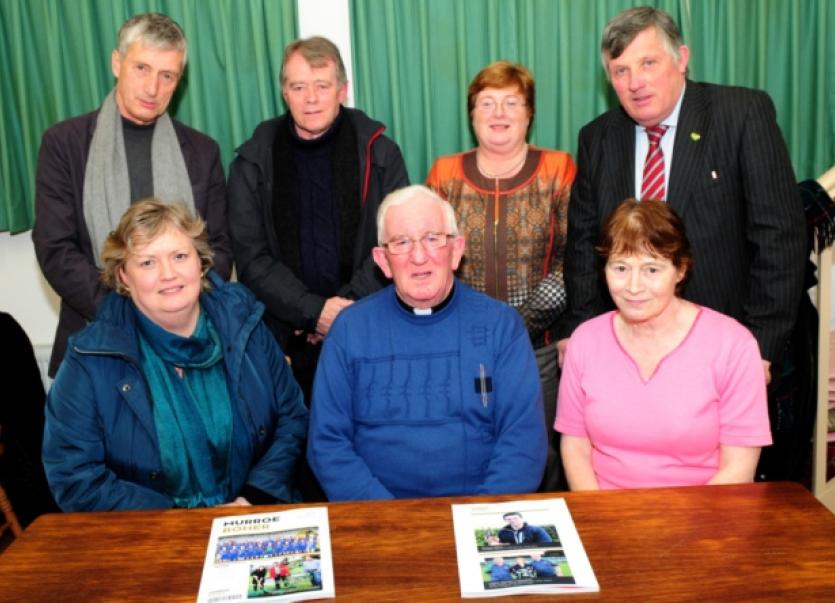 AT THE OFFICIAL launch of the 2014 Murroe-Boher annual, Fr Simon Sleeman said “nobody can ever say nothing happens in Murroe again!”

AT THE OFFICIAL launch of the 2014 Murroe-Boher annual, Fr Simon Sleeman said “nobody can ever say nothing happens in Murroe again!”

The front cover encapsulates the two biggest events of the year - Murroe-Boher GAA ladies becoming All-Ireland junior club champions and the purchase of a field in the village by Murroe Community Council.

He remarked on its 108 articles, 42 organisations operating in the parish and spoke about the four functions of the annual.

“To inform and educate about such diverse subjects in Murroe-Boher’s past - inter-railing, World War 1 and much more. It also connects the community and various organisations at home but also with Murroe-Boher people abroad. And finally it records. When the next history of Murroe-Boher comes to be written it will a far easier task for the next historian, armed with newsletters going back to 1976, than it was for Fr Mark Tierney in the 60s,” said Fr Simon, whose favourite quote in the new publication is from Fr Tom’s account of 50 years a priest. “A lot of the book learning can go out the window and it is the bit of love, kindness and understanding that matters most,” wrote Fr Ryan,

The newsletter was launched in the Muintir na Tire hall. A presentation was made to Willie Carey in appreciation of his years of tireless service to the community and the newsletter with his camera.

Former councillor John Egan spoke of the highs of the ladies All-Ireland win, Seamus Hickey’s All-Star and buying of the field but also the lows.

He spoke movingly on the death of Ryan Cusack in an accident and the “tragedy of such an able and respected young man never being able to reach his full potential”.

The all-colour 2014 Murroe-Boher annual is on sale in local shops and some in neighbouring parishes.