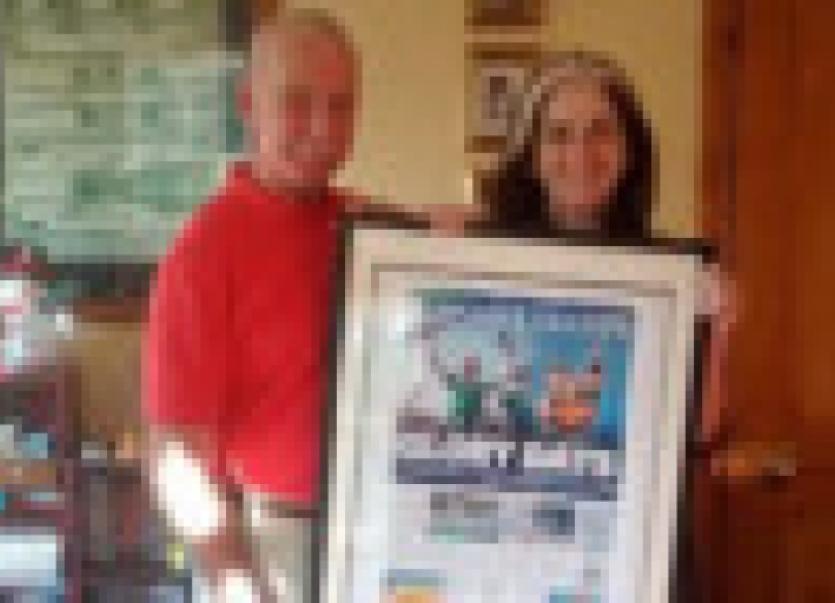 HE famously sang Santa Claus is Comin’ to Town and on Christmas morning Bruce Springsteen made a surprise appearance in the living room of Dympna Tuohy.

HE famously sang Santa Claus is Comin’ to Town and on Christmas morning Bruce Springsteen made a surprise appearance in the living room of Dympna Tuohy.

Memories of a sun-soaked evening in Thomond Park in July of 2013 came flooding back to the mother-of-three when she ripped open a present from her husband Andy.

Inside the wrapping was a framed copy of the Limerick Leader’s Glory Days front page from the unforgettable week in July 2013 with The Boss rocked Thomond Park and Limerick rejoiced in the hurlers’ epic Munster hurling final win.

“It was a brilliant cover and a brilliant concert. We bought the paper at the time and had planned on keeping it but somehow it must have ended up in the rubbish so I decided to give Dympna the front cover, framed, as a present,” said Andy Anderson, who is originally from New Zealand.

“I contacted the Leader and Charles Prashaw [from the editorial department] emailed me a pdf of the front page,” continued Andy, who got it framed and then scored major brownie points for his thoughtful gift.

Dympna, who is both a big Bruce fan and a loyal Limerick hurling supporter, was chuffed with the surprise, deeming it to be her favourite present this Christmas.

“I was delighted. I love Bruce. My favourite songs would be The River and Born to Run - all the old ones.

“It was a really good week that week in 2013. We had been at the Munster final and we had also gotten the tickets for Bruce Springsteen so the present captured both events nicely,” said the Murroe native, who lectures in nursing in the University of Limerick.

The couple, who are married 22 years and reside in Newport, first met while working in Sydney, Australia. They have three children Tom, 14, Niamh, 12, and James 8.

“Dympna was nursing out there at the time and I was working and had a business there. We decided to come back in 1992 and give it a try and the rest, as they say, is history,” smiled Andy.

Dympna had seen Bruce perform twice in the RDS in Dublin but due to work commitments missed out on his famous gig at Slane back in the summer of 1985.

“I had a ticket for it but I had to give it away because I was working. I was so young and conscientious that when I was put on the roster I said I had better work,” she smiled.

Her next job now is to find a nice space at home to hang the framed front page. “We will probably put it in the hall. I have family photos which were taken at the Munster final and I also have a photo of Ciaran Carey getting the famous point back in the 1990s so it will go nicely somewhere beside all of them,” she smiled.