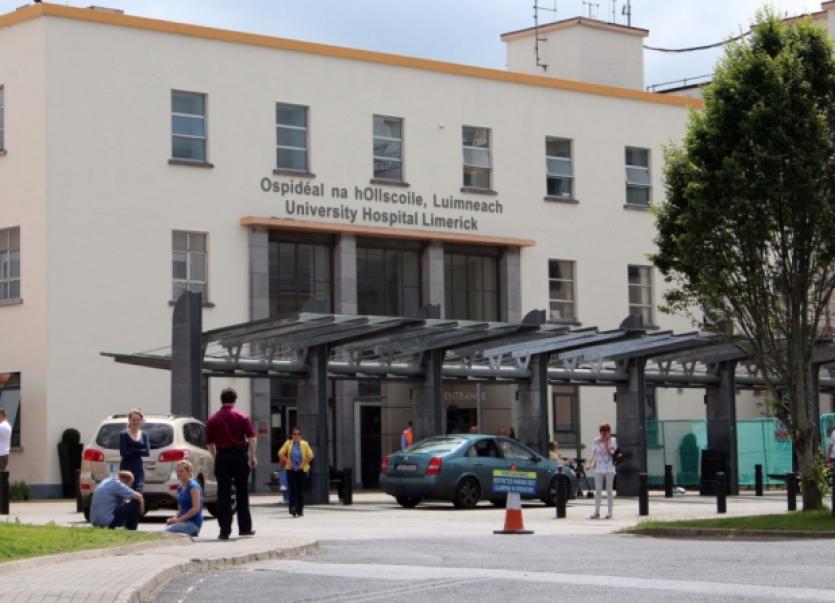 A GRIEVING family have complained they were left waiting for five hours to pay their respects to a deceased relative after being denied access to the morgue.

A GRIEVING family have complained they were left waiting for five hours to pay their respects to a deceased relative after being denied access to the morgue.

And they are demanding answers on how the 91-year-old could have died seemingly 10 minutes after being discharged from University Hospital Limerick.

But UL Hospitals has stood over its policy that - outside of the operational hours of 9am to 5pm - access to the morgue is only granted by appointment and in emergency situations.

The death of Jane McMullen last Monday had come as “a complete shock” to her next-of-kin, Limerick’s Kelly family, who said she died in an ambulance on the way back to her nursing home in Castleconnell shortly after being given the all-clear after a run of tests. She had been taken to University Hospital Limerick on Monday morning after becoming unwell.

Caroline Kelly, Dooradoyle, said her brother Richard was with their aunt in hospital when she was declared safe for discharge back to the nursing home.

“He was driving ahead in the car and the ambulance was following behind. He was coming up to the Newport Road roundabout 10 minutes later when he got a call to tell him she had expired. He nearly dropped dead himself because he had been with her only minutes earlier when she was able to sit up and give him a hug and a kiss. She was alert and in good spirits and suddenly she was dead,” said Ms Kelly.

Members of the Kelly family began to gather at the reception of UHL after 5.30pm.

Anthony Kelly, Southill, a nephew of the deceased, maintained no medic had met the family to explain the cause of death and it had been an administrator who had informed the Kellys Ms McMullen had probably died of a heart attack in the ambulance.

Caroline Kelly said they had also met visitors to the hospital who told them they had seen Ms McMullen’s body lying uncovered with mouth agape in a public corridor.

“She was obviously dead lying there in front of everybody. It is just unacceptable that she couldn’t be shown dignity and respect”, Ms Kelly said.

“For a good while, they wouldn’t or couldn’t even tell us where she was. We were distraught,” she added.

She asserted that when the family asked if they could grieve with and pray for the deceased, they were informed that she had been taken to the morgue, which was open from 9am to 5pm only.

“We were basically told to come back in the morning - and she had only just died,” said Anthony Kelly.

He alleged that it was only after the family had made a complaint to gardai that hospital staff indicated they would “make an exception” and allow relatives 20 minutes in the mortuary with Ms McMullen. But this had not happened until after 10pm, Mr Kelly said.

In response to the family’s complaints, UL Hospitals said it could not comment on the particular circumstances of individual patients.

“UL Hospitals offers their condolences to the family of the late Jane McMullen at this difficult time, however due to patient confidentiality we are unable to comment on any individual patient.

“The purpose of the mortuary at UL Hospitals is to enable the completion of post-mortem examinations and is staffed Monday to Friday from 9am to 5pm. To support bereaved families, there is a Chapel of Repose within the mortuary where they can spend time with their recently deceased relative. Because of the operational nature of the mortuary, it is necessary for viewing to take place by appointment.

“The mortuary is available in emergency situations outside of these standard hours and arrangements are put in place to accommodate families in these incidents.”

The Kelly family, meanwhile, claim they have not been given the results of any post-mortem examination and are demanding a full coroner’s inquest.