Alice in dreamland as ‘lost’ ring is returned 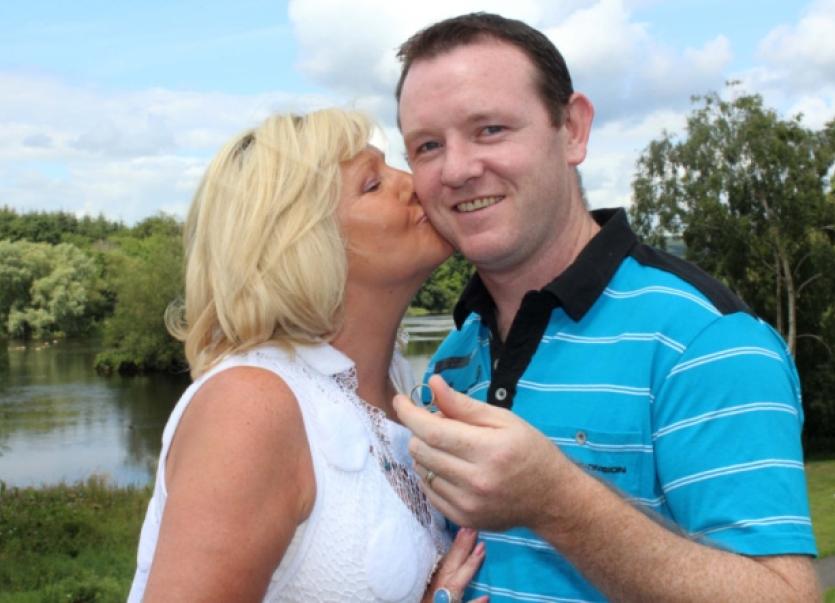 A CORBALLY woman says she’s thrilled to have been reunited with her wedding ring - almost four months after she lost it while cycling.

A CORBALLY woman says she’s thrilled to have been reunited with her wedding ring - almost four months after she lost it while cycling.

Alice Lillis, 59, who lives at Shannon Banks, is over-the-moon after the ring was returned to her by good samaritan, John Kenneally who found it while walking at Athlunkard Bridge.

After finding the gold ring in April, John, 34, who lives in Rhebogue, put up posters in a number of shops and premises in Corbally and Westbury, where his wife, Linda, runs the Lazy Days crèche.

However, despite his  efforts, there was no response to his appeal and nobody came forward with information about the owner of the ring.

As the band was engraved with Alice’s initials and those of her husband, John, along with their wedding date - December 28, 1974 - John took his appeal to the national airwaves in an effort to locate the owner before the couple’s 40th anniversary.

Within hours of making the appeal on RTÉ Radio’s Liveline, Alice, who was holidays in Liscannor, was contacted by a friend who heard the programme and realised that her ring had been found.

While John and Alice spoke on the phone following the broadcast, there were emotional scenes when the ring was returned to at Athlunkard Bridge, Corbally - near where John found it.

“It’s great to have it back because I did miss it a lot,” exclaimed Alice as she hugged John.

Alice, who spent weeks looking for the ring after realising she had lost it said since April, she had been wearing another ring in its place but that “she really didn’t like it”.

John told the Limerick Leader he was delighted there was a happy outcome and to have located the ring’s owner saying otherwise “it could have ended up staying a drawer”.

Alice and her husband say they have not yet finalised their plans to mark their 40th anniversary in  December.