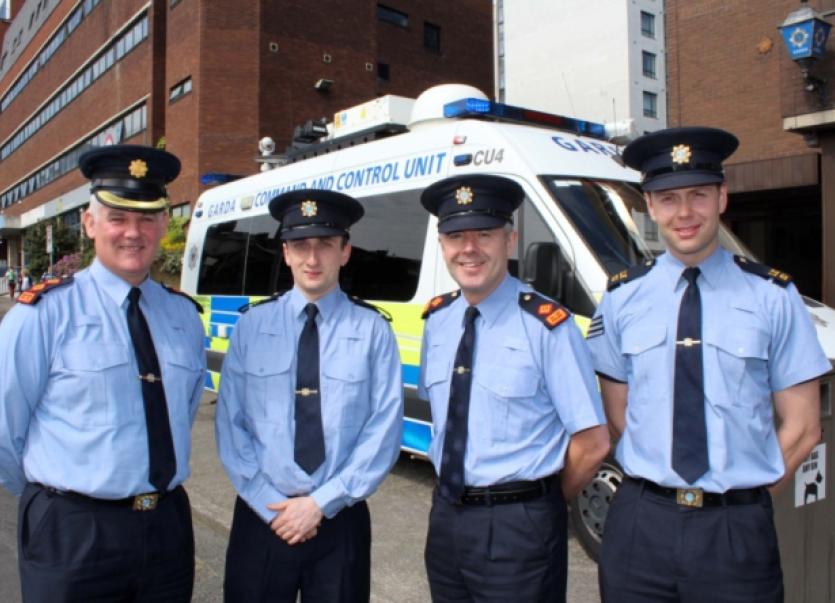 NEARLY half of all incidents of thefts from cars in Limerick city happen because vehicles have been left unlocked by owners.

NEARLY half of all incidents of thefts from cars in Limerick city happen because vehicles have been left unlocked by owners.

Over half of the vehicles broken into or from which property was stolen on a monthly basis were unlocked, with a high incidence of valuables being left on display.

Gardai at Henry Street are participating in Supporting Safer Communities Week, which runs until this Wednesday, offering crime prevention advice in an effort to combat theft.

Superintendent Daniel Keane of Henry Street said a particular “focus is on theft from vehicles”.

“We also recommend that people park their car in a place that is well lit-up and make sure that the car is locked.

“Everyone thinks they won’t be a victim of crime and unfortunately it is happening far too often,” he added.

Supt Keane was speaking outside Henry Street, where gardai had parked a command vehicle and were handing out leaflets to passers-by in an effort to raise awareness of vehicle security.

The other aspects of the campaign included high visibility patrolling, an increase in check points, with a focus on road safety.

Community policing stands were set up in the Jetland and Arthur’s Quay shopping centres in recent days to offer advice to people.

“Even though we are concentrating on these specific issues for the week, we will talk to the public about anything - if they have a specific problem and they want to engage,” said Supt Keane.

“This is about breaking down barriers between An Garda Síochána and the public, and letting them see that we are willing to talk to them about any matters that they have fears or concerns about, we will engage with them and try and alleviate their concerns.”