Courageous Limerick mum passes away at 23 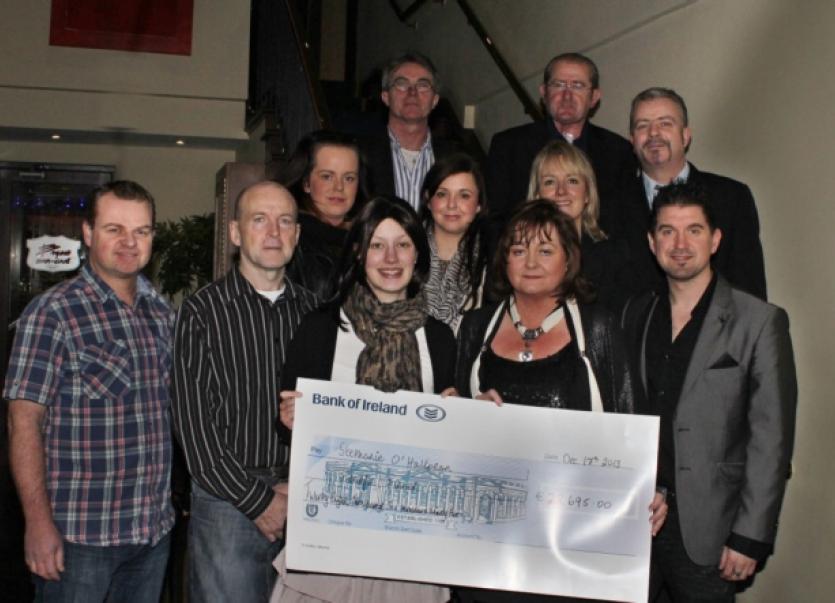 A 23 year-old mother who bravely battled cancer for nine months - after being diagnosed just days before her birthday - has tragically passed away.

A 23 year-old mother who bravely battled cancer for nine months - after being diagnosed just days before her birthday - has tragically passed away.

Stephanie was told she had months to live just days before her 23rd birthday, following a diagnosis of inflammatory breast cancer, which had spread to nearly every part of her body.

She was given nine months to live and turned down further rounds of chemotherapy in the hope that a clinic in Florida could save her life, through adopting a green plant based diet. She was told that chemotherapy would not be able to save her and felt that there would be better ways to live what remained of her short life.

Over €28,000 was raised by local groups to help Stephanie receive treatment in Florida, and her family said she showed dramatic signs of improvement for a time after the course of the severe diet.

However, in recent months her condition deteriorated and she adopted for another round of chemotherapy in the hope of prolonging her life.

After the diagnosis, her father Declan said: “We never imagined we would ever have to go through something like this. We are all totally devastated and heartbroken. We have a very strong faith and that has helped us a great deal.”

She spent some time in Milford Care Centre, but was reunited with her family in her home for her final days and her family are said to be devastated by her loss.

Stephanie, who graduated from Limerick Institute of Technology with a marketing management degree in October last, received the devastating diagnosis on September 10 and began chemotherapy that Friday. She had also just passed her driving test. Her funeral mass will take place this Tuesday, June 3, in St John’s Cathedral.