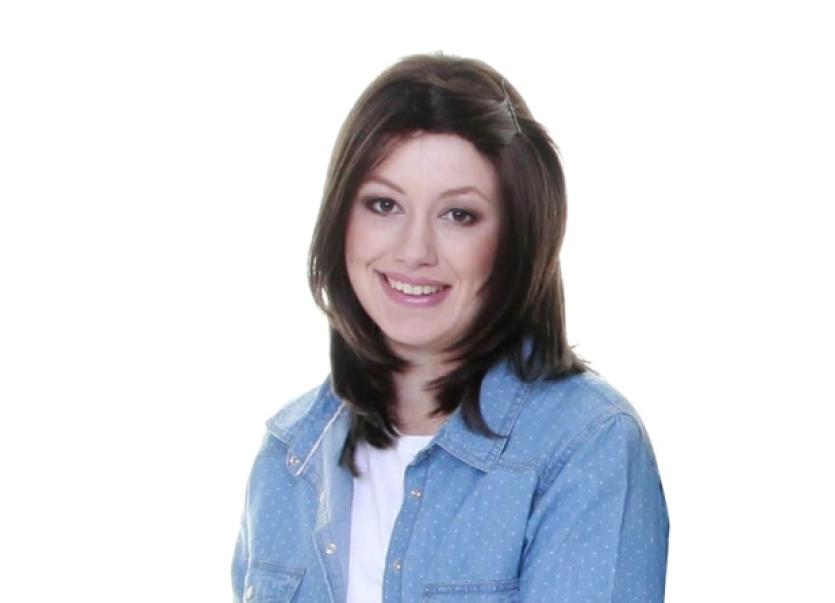 A FATHER has paid a heartbreaking tribute to his 23 year-old daughter who tragically passed away after a nine-month battle with cancer.

A FATHER has paid a heartbreaking tribute to his 23 year-old daughter who tragically passed away after a nine-month battle with cancer.

Declan O’Halloran, whose daughter Stephanie died on Thursday last, was speaking at her funeral mass in St John’s Cathedral this Tuesday, where Stephanie had been an altar-girl for many years.

There was standing room only in the 1,200 seater cathedral, where gifts brought to the altar included a bouquet of lillies from her two year-old daughter Robyn, and a rugby ball to signify her “great passion and love for rugby and the Munster team”.

Fr Sean Harmon, who presided over the mass, said her loving family “walked with her through every moment on her final journey”, and prayed that Robyn would “grow up knowing the deep and abiding love her mother had for her”.

Her brave father said that in the days before she passed away, he bent at her bedside in Milford Care Centre in Castletroy and prayed for more time, before she was brought to the family home last week, where she sadly passed away.

“I would have taken all the pain you had in the world, but it wasn’t to be,” he said.

Stephanie was told she had months to live just days before her 23rd birthday last October, following a diagnosis of inflammatory breast cancer, which had spread to nearly every part of her body.

“As the months went on, we knew...we knew the time was near, but we never gave up hope,” he said.

Married to Ann for 25 years, Stephanie, from Kilmurry Avenue, Garryowen, was the eldest of the couple’s four children.

“If I was told 25 years ago this was going to happen, I wouldn’t have turned back the clock,” he said.

He said he will never forget the day Stephanie was born - October 4, 1990 - when he held his first child.

“I remember holding her in my arms, and saying ‘I’ll do the best I can for you. I’ll do everything I can’.”

When Stephanie received the devastating news last September, he said many people would remark about how strong the family were. But he said Stephanie’s strength was their inspiration.

He said he had never seen the love between a mother and daughter like Stephanie’s and Ann’s, until Stephanie had her baby daughter Robyn, and despite her condition she was determined to come in to city a fortnight before her death to buy new shoes for her daughter.

He vowed that Robyn would never forget her mother, and neither would they forget their daughter. He said they weren’t saying farewell to Stephanie, because she would always be in their hearts.

“My darling, sleep tight and I promise you some day we will meet again. Until we do, good night and I love you.”

When Stephanie received her diagnosis, she underwent two rounds of chemotherapy, but was told the treatment would not save her life.

She felt there had to be a better way to live her final days, and adopted a green plant based diet, as advocated by the Hippocrates centre in Florida.

Over €28,000 was raised by local groups to help Stephanie receive treatment in Florida, and her family said she showed dramatic signs of improvement for a time after the course of the severe diet.

However, in recent months her condition deteriorated and she went for another round of chemotherapy in the hope of prolonging her life.

Stephanie graduated from Limerick Institute of Technology with a marketing management degree in October last, and had also just passed her driving test.

Her friend Rachel said when they attended LIT in 2008 they were “as free as birds and the world was our oyster”.

She told mourners that she, Stephanie and their friend Sarah would sit around the kitchen table and solve the world’s problems.

She said they were all stunned and devastated when they learned of her cancer, because Stephanie “was the quietest, most beautiful and healthiest of us all.”

“You were one of God’s most perfect creations, almost too good for this world,” she said.

“We promise to never forget you or let you be forgotten. Until we’re together again thank you for always being our friend.”

Stephanie is survived by her daughter Robyn, parents Declan and Ann, sister Carrie, and brothers Declan and Adam, and grandmother Breda. She was buried in Castlemungret cemetery this Tuesday.