Ballananty seek a ground to call their own 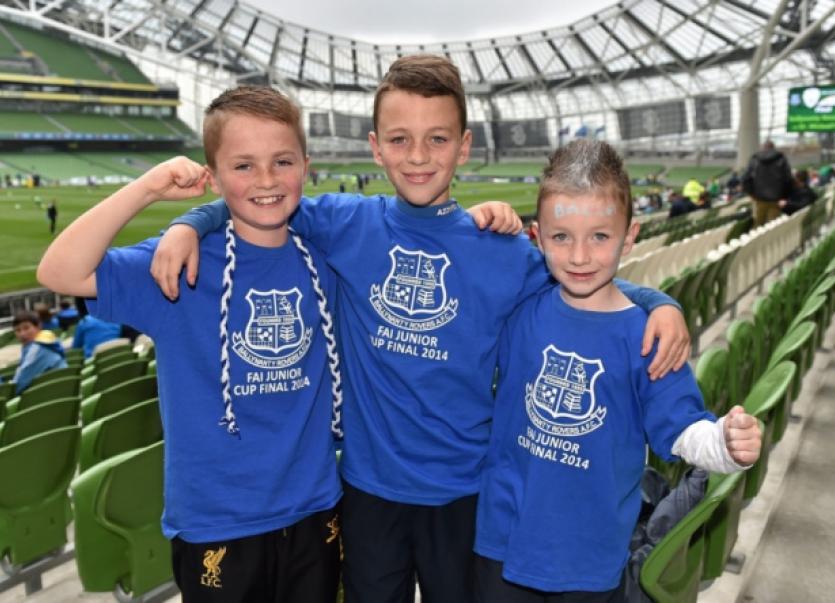 At present, ‘Balla’ use council land at Shelbourne Park to play their matches.

But in order to progress through the FAI Junior Cup, they had to rely on the help of Fairview Rangers, Janesboro FC and Pike Rovers who lent them their grounds.

To build on the success the club has achieved, they say there is now a desperate need for their own ground with showers and changing rooms.

Treasurer Anne-Marie Stacke said some falsely assume Ballynanty were lucky to reach the FAI Junior Cup final because of the home draws they had in latter stages: “The reality is, Ballynanty Rovers does not have a home ground or club to call their own and had to play those home games away at pitches belonging to other junior clubs around Limerick,” she said.

Without the generosity of these clubs, the team would not be able to compete in the Munster Junior Cup, or the FAI Junior Cup.

“We’ve even had to play fixtures at Jackman Park instead of being able to play at home on the northside. We are eternally grateful to all the local Limerick clubs who’ve helped us out, not only through this season, but in previous seasons,” she said.

Although Shelbourne Park is suitable for some games, when the team reaches the latter stages of cup competitions, it can no longer be used as it does not have dressing rooms and showers.

Ballynanty Rovers had met with regeneration to explore the possibility of the club being awarded some land to develop into a soccer pitch.

“Unfortunately we are getting nowhere with either organisation because Ballynanty is outside the regeneration boundaries and Council won’t commit to any possible sites within the northside,” Ms Stacke said.

She pointed out that Ballynanty Rovers has kept “hundreds if not thousands” of kids off the streets for the last 59 years.