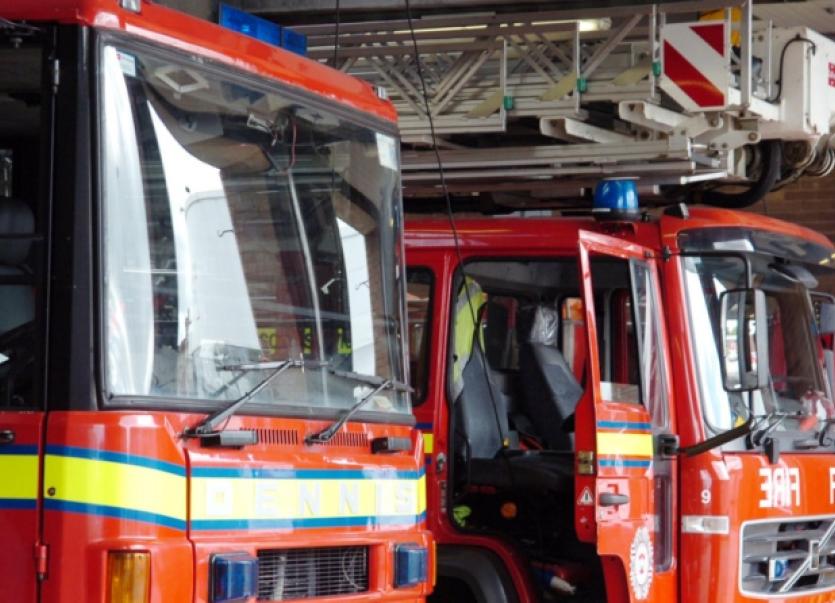 A WEST Limerick mother-of-five is battling for survival in a Dublin hospital, following severe burn injuries received during a family celebration at the weekend.

A WEST Limerick mother-of-five is battling for survival in a Dublin hospital, following severe burn injuries received during a family celebration at the weekend.

The woman, who lives with her husband and children a few miles from Newcastle West in the Castlemahon area, was severely burned when methylated spirits, used for a bain-marie to keep barbecue food hot, flared up and engulfed her upper body.

The incident happened last Friday evening in the Ardagh Old Mill area during a family get-together to celebrate a niece’s Confirmation.

Three other family members also received burns in attempting to help the woman.

It is understood two of the injured received relatively minor burns but the third person is still in hospital.

The emergency services, including the fire brigade and doctor arrived very rapidly and the injured woman was air-lifted to Cork hospital on Friday evening.

Over the weekend, she was transferred to the special burns unit in St James’ Hospital, Dublin where she has undergone surgery. Her burns are understood to be significant and she is in critical condition.

The injured woman is a trained nurse and her husband is self-employed running his own business. He is a prominent activist in his local community.

The incident has led to dismay and an outpouring of sympathy for the family throughout West Limerick.