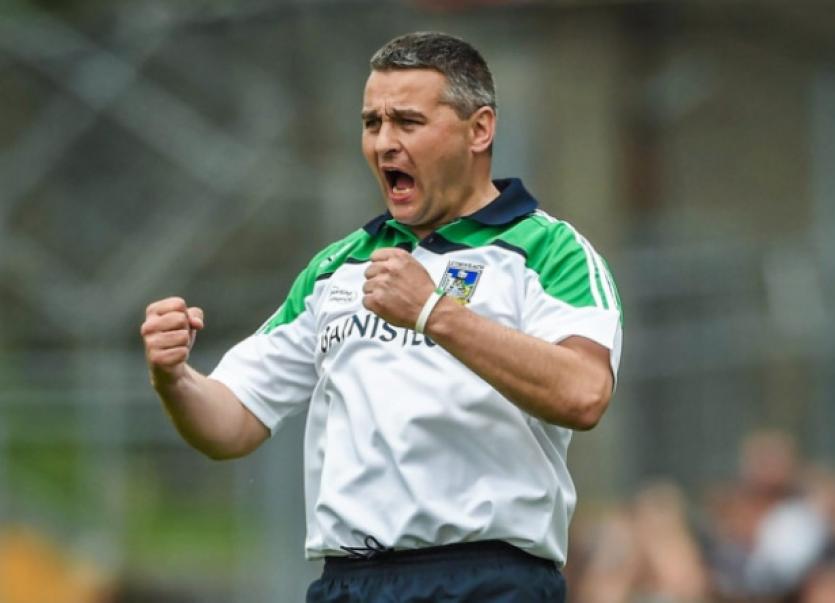 It may be five weeks away yet but with Limerick in the grip of hurling fever once again, thoughts are already turning to July 13, Munster final day.

It may be five weeks away yet but with Limerick in the grip of hurling fever once again, thoughts are already turning to July 13, Munster final day.

Not since 1973 had Limerick beaten Tipperary in a championship encounter on their home turf.

“There was a lot of talk about 1973 when Limerick last beat Tipperary there. It was a massive monkey off people’s backs, but for the team, we believed we were always going there with a great chance and not just going there to make up the numbers,” said star forward, Declan Hannon.

“We obviously had great belief in ourselves and are looking forward to the Munster final,” he added.

In relation to the controversy in recent weeks which saw the abrupt departure of Donal O’Grady from the management set-up, the Adare man commented: “There is a great bunch of players there and it can be self driven at times. With Donal O’Grady leaving, it was a setback, of course, but we just had to get on with it and train hard and that’s what we did and people saw the result on Sunday.”

With just over five weeks to go until their next championship clash – against either Cork, Clare or Waterford – the players, according to Declan, will be monitoring their potential opponents carefully.

“We will watch the other games, take note of the style the other teams have and just get ready as best we can for the Munster final and concentrate on our own game.

“We are just delighted to be there. There was massive emotion at the end of the game on Sunday from all the supporters running onto the field which was great to see. Limerick supporters are unbelievable in fairness to them, they will always come out in their droves and I’m sure it will be the same on July 13 – we’re looking forward to it.”

According to his team-mate, Seanie Tobin, Limerick were hungrier for the win on Sunday.

“I suppose no one gave us a chance really going out there so it was great to have that belief in ourselves that it could be done and we went out with that attitude,” said the Murroe-Boher man.

Despite securing a two-point win in what was a nip-and-tuck contest, the corner forward feels that as a team “we didn’t play anywhere near our best”.

“It was a very tough physical game, like all the Munster championship games are. You could see last Sunday what it meant to the fans,” he added.

Does he have a preference in terms of opponents for the Munster final?

“If Cork get there it would be on down in Páirc Uí Chaoimh. Last year, we played Cork in Limerick and it was a bit of an advantage for us. You look at Clare then and they are All-Ireland champions, and Waterford are an up-and-coming team with no great pressure on them. To be honest, there is no real preference - whoever comes through, we will be looking forward to it and we definitely won’t fear them.”

It has been an emotional few days for Seanie – he buried his beloved grandmother, Mary Tobin of Rathbane just two days prior to the match on Sunday.

“She was 95. She was a great age - thankfully she had a great life. She died peacefully on Tuesday and we buried her on Friday,” said Seanie.

Meanwhile, Cork and Waterford meet this Sunday in the quarter-final in Thurles with the winners then playing Clare in the Munster semi-final.

The Munster final will be played in either Cork or Thurles.

“It’s a great lift for the county,” said Mike O’Riordan, county board secretary, of the win on Sunday.

“Great credit is due to the management and to the team for what they produced on Sunday. Everybody is looking forward to the Munster final on July 13.”