Aunt-in-law of Limerick musician makes complaint against him 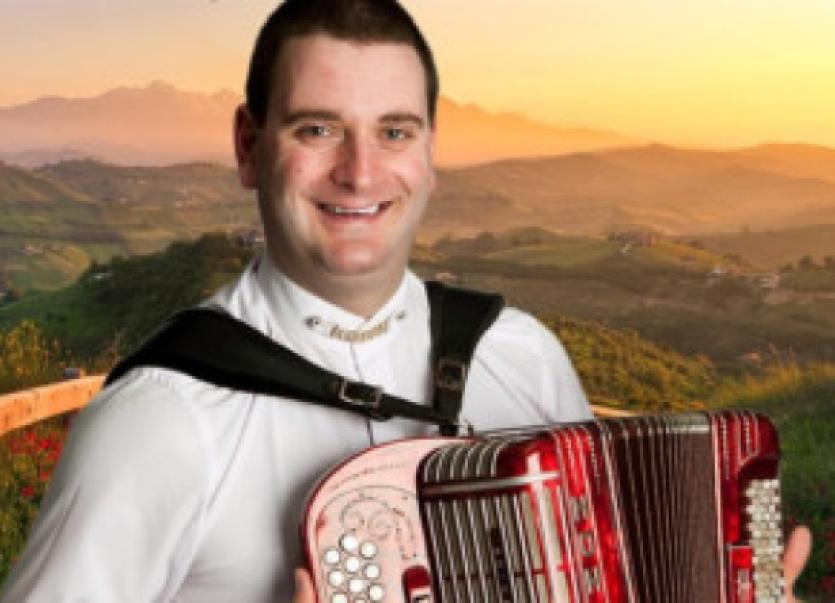 A JUDGE intends to bind to the peace a well known Limerick musician and his aunt for six months.

A JUDGE intends to bind to the peace a well known Limerick musician and his aunt for six months.

Dermot Lyons, aged 30, of Cregane, Charleville, but originally from Caherconlish, pleaded not guilty to criminal damage at Cregane on July 21, 2013.

Anne Osborne, who is Mr Lyons’ aunt-in-law, made a complaint to gardai that Mr Lyons kicked her car door.

Ms Osborne, aged 74, took the stand and said she was coming home from a funeral in Colmanswell on July 21, 2013.

“I saw a red van that I knew belonged to Dermot Lyons. I took the left turn for the Cregane road. I had gone a fair way down the road when I saw him running behind me waving his fist. I wasn’t driving very fast.

“My husband and I know Dermot since he was 11. I wasn’t thinking anything untoward was happening,” said Ms Osborne.

She said she turned the car around, slowly drove back and pulled up.

“I don’t know what this is about. I have no idea. I don’t need this stress in my life, I’m recovering from breast cancer and hip replacement. I’m telling the truth,” said Ms Osborne.

Mr Lyons’ wife came along and said “Come away Dermot”, she said.

“As he was beginning to go away he drew a kick and damaged the door of my car,” said Ms Osborne, who was “trying to make some sense of it”.

“I drove slowly to the house where they live, our old family home. I stood by the wall and asked what is this all about? My sister came out and said, “You’re not wanted around here”. My niece came to the wall, I was holding onto the wall because I was shaking so much.

Judge Mary Larkin said to focus on the matter before the court and asked what the damage to the car was.

Mr Lyons’ solicitor, Cathal Lombard, put it to Ms Osborne that the most logical route home for her after the funeral was to go via Charleville.

“I don’t think so. I can take whichever route I like,” she replied.

Mr Lombard put it to her that it was unusual behaviour to turn back toward someone running behind them “waving a fist”.

“Why shouldn’t I? I’ve known him since the age of a 11. There was never a problem,” replied Ms Osborne.

Sergeant Mick Divilly gave evidence of taking a written statement of complaint from Ms Osborne. He viewed her car and saw a dent on the passenger door that “looked fresh”.

“The car was dusty but where the dent was - was clean. It would be consistent with a kick,” said Sgt Divilly.

Mr Lombard said he had three witnesses in court who would tell a different account to what Ms Osborne said happened on the day.

Mr Lyons took the stand and said he and his wife had returned home from honeymoon in Australia a few days before July 21.

“A neighbour had died and I was asked If I would sing at the church because I am a musician by profession. I said I would,” said Mr Lyons.

After the Mass the couple returned home before heading on to the refreshments as his wife noticed that she was wearing odd socks, he told the court.

“I was at the back of my van when I recognised the car. She [Ms Osborne] had the window open as she slowed down. She said, “P off you effer,” said Mr Lyons, who proceeded to walk down the road.

“I didn’t run because I was wearing leather shoes,” he said.

In Mr Lyons’ statement to gardai regarding what happened next he said: “How dare you shout abuse at me? She said I was ‘not welcome in her mother’s house’. I said, ‘F*** off , you’re not wanted.”

Mr Lyons said that Ms Osborne said, ‘Hit me Dermot’ about three times. I turned to walk away, she put the car in gear and hit my right leg”.

After this he returned home and Ms Osborne followed.

“I couldn’t understand it. She was roaring abuse at my wife and mother-in-law,” said Mr Lyons, who in his statement to gardai said Ms Osborne has a history of making claims; they do not get on over her mother’s family home in Cregane and that Ms Osborne came to Mr Lyons’ wedding despite not being invited.

“It was very provoking but we did not take the bait,” he said,

Earlier in the case Mr Lombard put it to Ms Osborne that she was extremely aggrieved by the family home being left to her sister.

She said “no” as she had married a “millionaire with plenty of property”.

Mr Lombard asked if she was aggrieved not to be invited to the Lyons’ wedding?

“Yes, the reason I don’t know,” she said. “Did you attend?” asked Mr Lombard.

“Yes, at the house of God and I wished them well,” said Ms Osborne.

Mr Lombard put it to her that she was aggrieved with matters; she contrived the whole situation; drove forward and struck Mr Lyons’ leg.

Ms Osborne said she was not aggrieved and this was “untrue”.

The case ended with Mr Lyons’ wife and mother-in-law giving evidence which matched the defendant’s.

Judge Larkin said two people - Mr Lyons and Ms Osborne - used bad language and the “two should know better”. The judge said she intends to bind both parties to the peace for six months and “is there any reason why she shouldn’t?”

Mr Lyons indicated that this was amenable to him but Ms Osborne said she wished to get legal advice. The case was put back to June 16.