Shane’s pitch ends but memory lives on ahead of anniversary 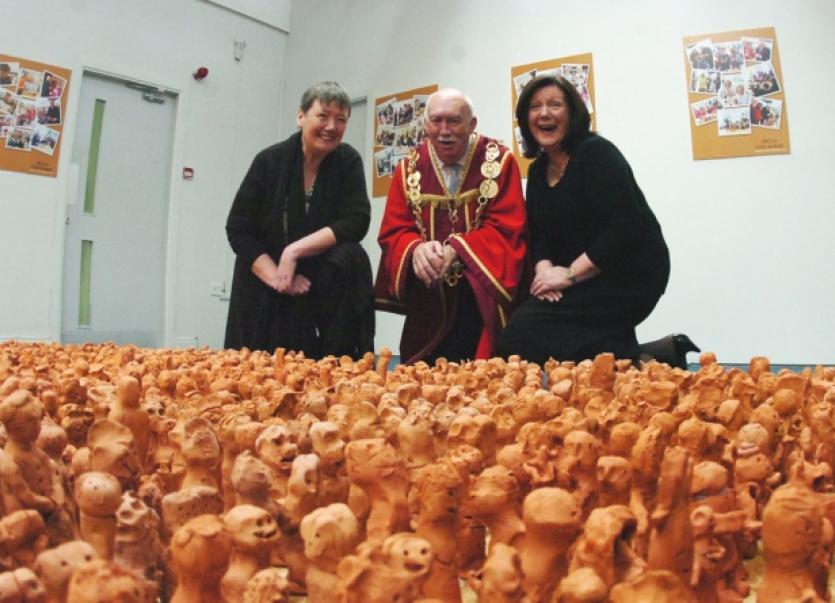 AN army of clay figurines created as a tribute to Shane Geoghegan is to be retired as the fifth anniversary of his murder approaches.

AN army of clay figurines created as a tribute to Shane Geoghegan is to be retired as the fifth anniversary of his murder approaches.

The Pitch for Shane art installation was created by the slain rugby player’s aunt, Margaret Walsh and saw over 20,000 statuettes moulded for the project, which was unveiled in City Hall in 2011.

Now, with Shane’s fifth anniversary approaching this Saturday, his family believe it is time to end the installation, a portion of which had remained on display in the ACC Bank on O’Connell Street.

Ms Walsh, a ceramicist, said, with the trial and inquest into Shane’s death over, now is the time to remove the installation and “mourn him in private”.

“The local, national and international response we received was enormous and I would like to thank all the individuals, groups and organisations who offered a vast amount of help over the last five years,” she said.

“A Pitch for Shane gave us a focus and gave others an opening to speak about their own loss. We couldn’t have done what we did without the sensitivity of the media and the support of the public. We are taking this time to thank the people of Limerick and everybody who gave us support in any guise, we are very grateful,” she added.