Gardai â€˜abusedâ€™ as man fought for life in Limerick crash 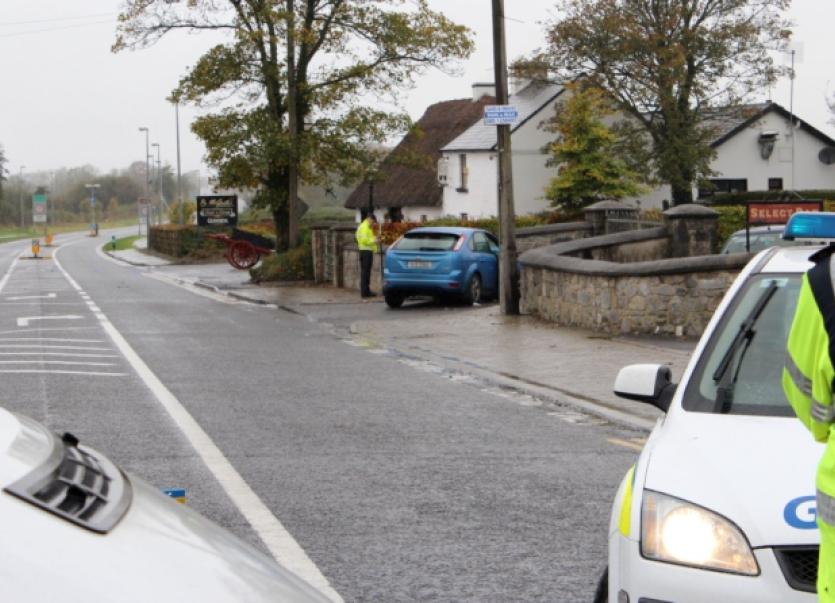 A FIFTY-three year old man was in a critical condition in hospital this Wednesday evening following a road accident at Boher.

A FIFTY-three year old man was in a critical condition in hospital this Wednesday evening following a road accident at Boher.

The single vehicle accident happened at around 6.30am on when a Ford Focus car which was travelling in the direction of Limerick city on the N24 hit the wall of Oâ€™Neillâ€™s pub.

One local person told the Leader that there were no brake marks visible on the road and the car must have been travelling at â€œhigh speedâ€ due to the extent of the damage to the wall and car.

Major traffic delays ensued as drivers were diverted around the accident onto local roads.

However, this inconvenience was met very aggressively by some motorists.

Cllr John Egan said he spoke to one person at the scene.

â€œThe abuse that the gardai, council staff and fire brigade personnel got was nothing short of obscene. It was unbelievable. This was a very serious crash and we pass on our best wishes to the man in the collision and our thoughts are with his family. But it was an absolute disgrace what was being hurled at the emergency services while they were doing their job,â€ said Cllr Egan.

The Leas Cathaoirleach of Limerick County Council said some motorists didnâ€™t care about the accident and wanted to drive straight through to continue on to their destination.

â€œThe gardai, council staff and fire brigade are ensuring peopleâ€™s safety and working under a lot of pressure. But then to have the deal with this bad language as well?

â€œAn investigation has to take place and everyone should obey the orders of those that are there to deal with it. Their jobs are hard enough,â€ said Cllr Egan.

Another person at the scene told the Leader that the accident could have been even worse.

â€œAt that hour of the morning there is a steady stream of traffic through Boher. The car could have hit another vehicle as it crossed over the road.

â€œChildren also cross the road at that location to get the bus to school,â€ the person said.

They agreed with Cllr Egan that the abuse hurled at emergency services was beyond belief.

â€œSome motorists were fierce aggressive. The language was horrendous. Obviously there was traffic chaos as it was rush-hour and it is a busy road anyway but gardai, council staff and the fire brigade were doing their jobs and trying to alleviate the situation as well as carry out an investigation,â€ said the person.

Gardai at Roxboro Road are investigating the cause of the accident.