Tributes as â€˜extraordinaryâ€™ Shellie Murtagh is laid to rest 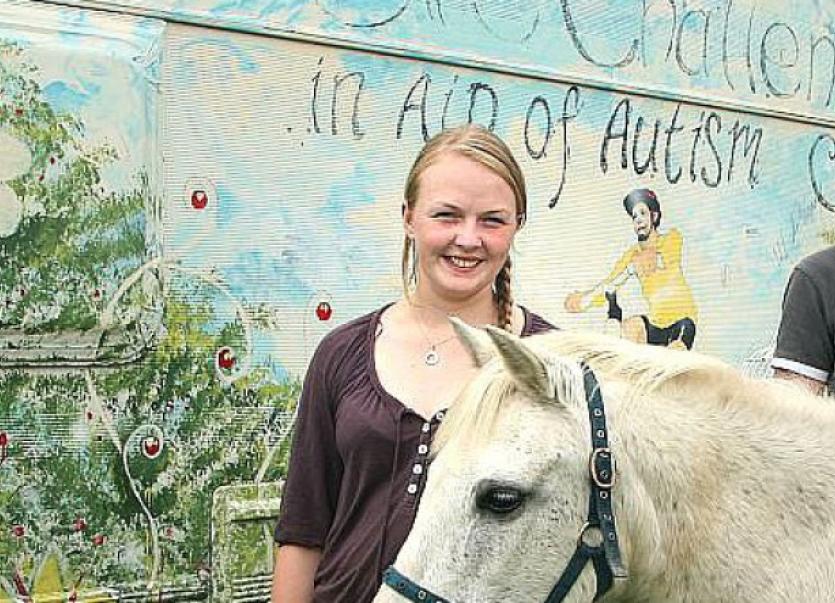 AS young Shellie Murtaghâ€™s requiem mass took place this Thursday, her best friend said her dream to improve education for children with disabilities will come true.

AS young Shellie Murtaghâ€™s requiem mass took place this Thursday, her best friend said her dream to improve education for children with disabilities will come true.

As a response to The Shellie Project, the young woman has been shortlisted for the Association of Irish Riding Club Person of the Year.

Davnet Kiernan Oâ€™Brien, who was Shellieâ€™s horse riding instructor and colleague in the Shellie Project, said the 23-year-old has left a â€œpositiveâ€ legacy for all her friends and family. She added the family will work towards the goals of her project.

Shellie established her project with the vision to develop children with disabilities using horse and equine skills.

She began this form of education with a young child with autism, who was deemed â€œunteachableâ€ at the time.

Ms Kiernan Oâ€™Brien told the Limerick Leader that the Clonlara Equestrian Centre would do the guard of honour. She said she would be leading it with a Friesian foal she first used with the Shellie Project.

â€œShe never wanted people to know that she was sick. She never gave out about being sick and she never gave out about her age, saying: â€˜I am only 23, I shouldnâ€™t be dying.â€™ All she cared about was planning ahead. Like, for her funeral she wanted balloons and music. She said, â€˜Itâ€™s a party, not a funeral.â€™ It was never about dying of cancer; it was about having the craic.

â€œOne day she organised a big trip to Castlegregory, in Kerry, where she brought her family and the whole equestrian club to go around riding. One time she rode for three hours straight and no one thought she could do it. She was always the last person to go to sleep and the first person to get up. And when the last horse went home, she realised she had done enough,â€ she said.

Her best friend said that she was an â€œextraordinary personâ€ who battled her illness.

â€œShe was an extraordinary person who had such grÃ¡ for children with special needs. She was such a strong and willing person, and there was no such thing as â€˜it isnâ€™t possibleâ€™ for Shellie.â€