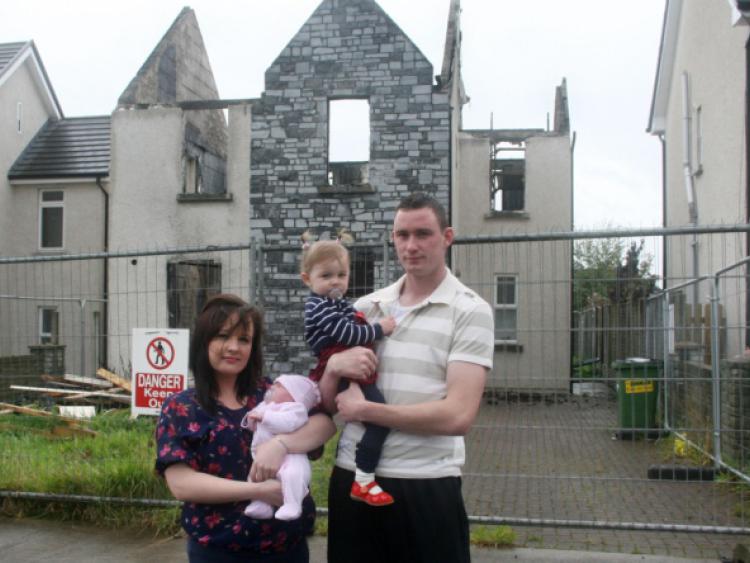 UP TO a 100 homeowners in a County Limerick estate have been advised not to use their fireplace due to a defect found in four out of five houses inspected.

UP TO a 100 homeowners in a County Limerick estate have been advised not to use their fireplace due to a defect found in four out of five houses inspected.

A letter was sent to each house in the privately constructed Ceol na hAbhann, Caherconlish from the council’s fire and emergency services section saying they had been notified of an issue with the chimney/fireplace of a house.

“It is the consulting engineers considered opinion that this arrangement is a serious health and safety risk in terms of accumulation of carbon monoxide gas and fire potential. They have serious concerns that a large number of houses in the Ceol na hAbhann estate may have this defect,” reads the letter.

In bold type it states: “It is advisable not to use your fireplace until an inspection is carried out and it has been deemed safe to use.”

The development was built by McCarthy Brothers of Ballybeg, Ennis between 2005 and 2007.

The person who sent the letter to the Limerick Leader wrote: “I am a property owner here and we are living in what can only be described as Priory Hall. One house has already burnt to the ground and another was also fire damaged.”

The owner of the house destroyed by a blaze there in February 2012, Nicole Hickey, agreed that it had echoes of the ill-fated Dublin development Priory Hall when contacted by the Leader.

Nicole, her partner Brendan Hourigan and daughter Faye had a miraculous escape when by chance none of them were at home that night.

As Nicole is no longer living in the estate she had not received the letter so was shocked when contacted.

“Straight away it would make me wonder about our house. We never got a reason why the house burnt down. The inspection report came back inconclusive,” said Nicole.

Looking back to the day of the blaze Nicole recalls that Brendan had lit a fire because she was coming out of hospital and wanted the living room warm for her. By chance Nicole decided to stay at Brendan’s mother’s house and he went to watch a match.

“I know for a fact that we didn’t do anything wrong so it was always in my mind there must have been something wrong with the house, but we had no way of ever proving it.

“We were left with nothing and if it was someone else’s fault I would like to take it up with them. It was pure fluke that we weren’t there that night. I could have lost my family,” said Nicole.

As they had only recently bought the house and due to her illness they had not insured it. It cost around €150,000 and they spent a further €25,000 doing it up.

Another resident said: “I paid a lot of money for my house in the boom times, I’ve paid the household charge, property tax and now I can’t even light a fire in my house in the run up to Christmas.” They estimated it will cost around €5,000 to fix the defect.

Responding to a query the council issued a statement saying that it was a privately constructed estate and they had been contacted by a consulting engineer who had carried out an inspection in a number of houses.

“The living room chimney breast of the inspected properties had been dry-lined. This practice involves fixing plasterboard slabs to timber battens (vertical) which are fixed to the chimney breast. This resulted in a void (cavity) between the chimney wall and the wall finish, ie. behind the plasterboard.

“At the fireplace location this void had been filled with a quilted fibreglass or rockwool insulation. In the consulting engineer’s opinion this arrangement poses a potential fire and health risk where heat and flames from the fire could potentially ignite the timber battens behind the dry-lining. Smoke could also enter the void (cavity) behind the plasterboard,” they wrote.

The council is advising all owners and occupiers to have their chimney/fireplace inspected by a competent engineer and have any recommended remedial works carried out.

The council has no statutory power to carry out enforcement in this case due to the period of time elapsed from the completion of the development.