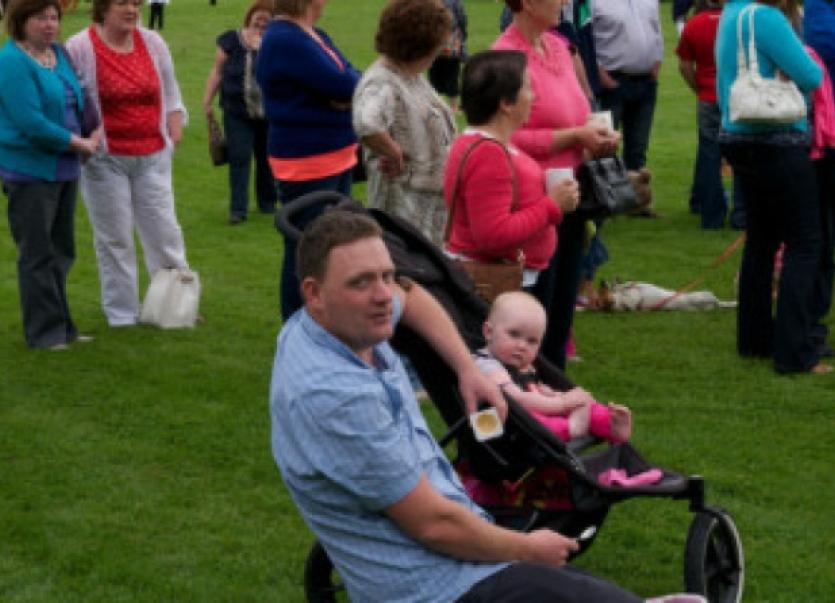 A HUGE calender of events ensured that this yearâ€™s Galbally Garden Fete was a blooming success!

A HUGE calender of events ensured that this yearâ€™s Galbally Garden Fete was a blooming success!

The traditional fete now celebrating its 35th anniversary, was extended this year to a full festival weekend to celebrate the Gathering.

â€œWe had the cooperation of all the clubs and societies in the village. They all organised an event,â€ said Patrick Kennedy, chairman of Galbally Community Council.

â€œBy the time we put all the events together we had a huge calender of activities running from Friday afternoon right up until Sunday evening.â€

The highlight of the weekend was the Garden Fete on Sunday which included a fancy dress parade, a performance by country singer John McNicholl and lots of side shows including a mini digger challenge whereby the participants had to use a mini digger to lift as many wheel rims into a barrel as possible in two minutes.

â€œThe dog show was a huge success as well,â€ said Patrick. â€œWe had over 50 entries in the show. Kilmallock Fire Brigade did an excellent display,â€ he added.

Other events taking place over the weekend included underage football tournaments, a monster bingo, a rugby blitz, a fun walk and a traditional Irish music concert.

The curtain came down on the Galbally Gathering Garden Fete weekend with the traditional progressive 45 card game in the community centre at 9pm. A number of local people, currently living abroad, returned home to Galbally to celebrate with their family and friends as part of the Gathering.