West Limerick volunteers taught how to handle pieces of the past 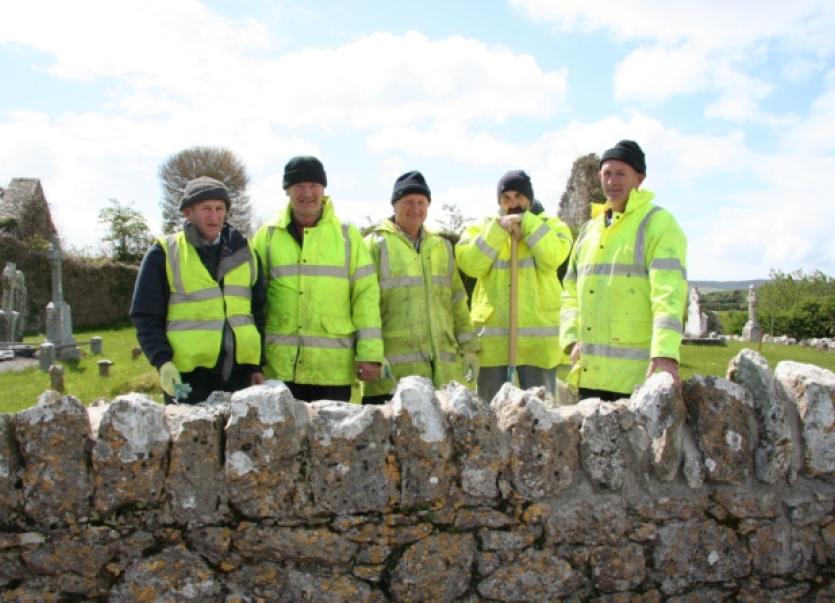 HISTORY and heritage enthusiasts in West Limerick are being given the opportunity to learn some long-lost skills that will help historic local landmarks survive for future generations.

HISTORY and heritage enthusiasts in West Limerick are being given the opportunity to learn some long-lost skills that will help historic local landmarks survive for future generations.

West Limerick Resources and Limerick County Council are training local volunteers in lime mortar construction, so that they will be able to safely and sensitively maintain walls and carry out other minor works at graveyards and other historic local sites.

The programme, which will be run in September on foot of successful courses in July and last November, will teach people about how lime mortar is made, how it should be used, and how long it can last.

Sean Shiels, a teacher and history enthusiast in Newcastle West, took part in the programme in July and said that the diffusion of these skills are vital if Ireland is to preserve its built heritage.

“When you drive around the country, you see all these old ruins, churches, and castles. These were once all pristine, but over time they’ve started to deteriorate. There’s going to be a point of no return soon, when they go beyond repair. The more courses there are like these, the better.

“I thought it would be a great thing to do. It was a great experience, I learned an awful lot. I’m very interested in history and heritage.”

The course takes place in Mungret cemetery, and sees participants trained in how to properly mix, use, and analyse lime mortar. People who take part in the training are also shown how small touches - such as the distance between the stones used to build a wall with lime mortar - can prove vital in ensuring its long-term stability.

Suzanne Rowley of West Limerick Resources said that the programme was drawn up in conjunction with Limerick County Council following discussions with local communities.

“There are a lot of simple works communities can carry out themselves, like rebuilding stone walls, and simple conservation work. But it’s very important to ensure that they weren’t doing any damage to the cemeteries. We had found that some people with very good intentions were actually doing minor damage long term. This is about giving them the skills to do simple work.”

Ms Rowley said that several of the people who have taken part in the course so far have experience with local community and voluntary work, and that their skills have since been applied to projects in Kilfinny and elsewhere.

Ms Rowley added that the initial course was held with twelve participants, but that this was later reduced.

“The course had 12 places, and the first was completely full. But we found that it worked better with slightly smaller numbers, because people could get more personal attention. So we reduced the numbers to eight for the second course.”