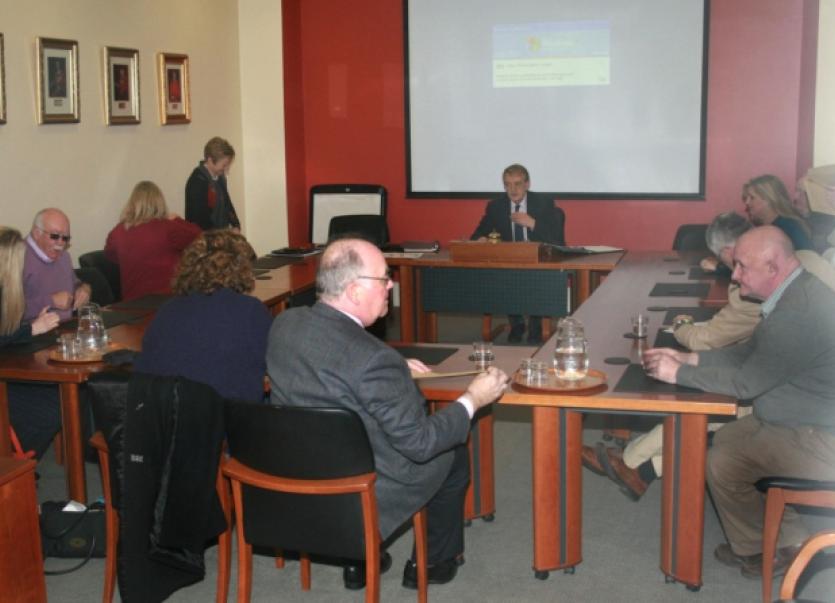 THERE was sadness in Cecil Street as the City of Limerick Vocational Educational Committee (VEC) met for the final time.

THERE was sadness in Cecil Street as the City of Limerick Vocational Educational Committee (VEC) met for the final time.

Since 1930, the City VEC has been providing educational outreach support to adult learners and school refusers.

But on July 1 next, the institution will be no more, as legislation is enacted which will see both the City VEC and County VEC abolished, with an Educational Training Board set up covering Clare and Limerick.

The new board will meet in Marshal House, Dooradoyle, but the City VEC offices in Cecil Street will remain in operation, at a venue yet to be decided.

In the last few years, the City VEC has been responsible for the establishment of Gaelcholaiste Luimni, St Nessan’s secondary school, and the Youthreach project in Moyross.

Pat Maunsell of the Limerick College of Further Education and Donncha O Treasigh, principal at Gaelcholaiste Luimni sent the committee messages thanking them for their support through the years.

Paul Patton, chief executive of the City VEC for the last three years, said: “It is a very sad day to see it being wound up. I think even though the City VEC has been dissolved, the new ETB brings opportunities in terms of synergies as we move forward to a new vision.”

He said the VEC can be “pleased with what we have contributed to the educational landscape of the city.”

He revealed that a steering committee has been put in place with a history book to be launched later this year.

Speaking of the new educational training board, Independent councillor John Gilligan said: “I do not think this is for the best. There is a huge difference between the educational needs of Moyross and Moyasta. How we can juggle these different interests is beyond me.”

Fine Gael councillor Michael Hourigan is fearful all the good work the VEC has done over the years could be undone by the merger.

Cllr Kieran O’Hanlon, who chaired the City VEC for 11 years, and has been a member since 1991 was visibly upset by the closure.

“The previous government made the decision to amalgamate the VECs, but I believe there were politics involved,” he said, referring to the fact Co Kerry’s VEC was not merged.

He added: “What really annoys me is the location of the headquarters. Lies were told, and there was a lot of political skulduggery at play. I think we put forward a very half-hearted effort to keep it here.”

And referring to the Limerick 2030 economic plan launched on Friday, he said: “It is ironic on the day we launch an iconic plan, that here we are closing down one of the most successful educational bodies in the region. It is a total erosion of local democracy.”

Plans are in place for a new cinema to be built in the former Theatre Royal building next door to the VEC.

Committee member Tony Brazil believes if this facility gets the go-ahead, it will leave a “great legacy” on the part of the VEC.

Sean Bourke, current CEO of the Co Limerick VEC is to chair the new Limerick-Clare board.

He said: “We are at a time of significant change. Change brings challenge - but we should endeavour to manage change rather than waiting for it to overtake us.”

The Limerick-Clare board will have over 50 people sitting on it until the 2014 elections, when it will be reduced to 17 members.