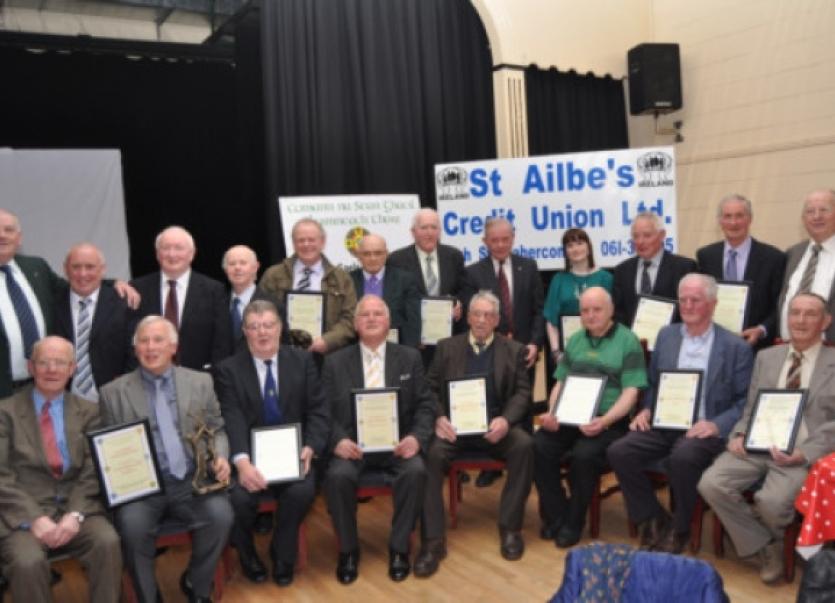 THE Old Time Gaels of East Limerick continues to honour those who have made a huge contribution to the GAA.

THE Old Time Gaels of East Limerick continues to honour those who have made a huge contribution to the GAA.

On and off the pitch they represented their club with pride and paved the way for future generations.

The idea started by Cllr Eddie Wade ten years ago has grown into a massive event with hundred attending the ceremony in the Millennium Centre in Caherconlish.

It was such a success that it was decided to continue the night and honour a member of every club for their services.

All three have since gone to their eternal rewards and Cllr Wade gave them a special mention in his opening address.

“We as an organisation owe a deep debt of gratitude to these men and their families for helping to make that night such a success, and most of all for giving us the inspiration to continue and go from strength to strength in the intervening years,” said Cllr Wade.

Cllr Eddie Wade says it is a special occasion not just for the recipients of the framed the certificates but for their children and grandchildren.

“Some who have passed on to their God. At their funerals every one of the families said they enjoyed the night,” said Cllr Wade, The South Liberties man is chair of the committee and is joined by secretary, Ger O’Connell, Pallasgreen; treasurer, Seamus Walsh, Ahane and committee members Michael Clarke, Cappamore; John Cooney, South Liberties and Tony Hickey, Murroe-Boher.

“We feel honoured to share this awards night with all our worthy recipients, their families and friends, as well as officers and representatives from the clubs,” said the committee in the extensive programme which featured an excellent piece on each individual.