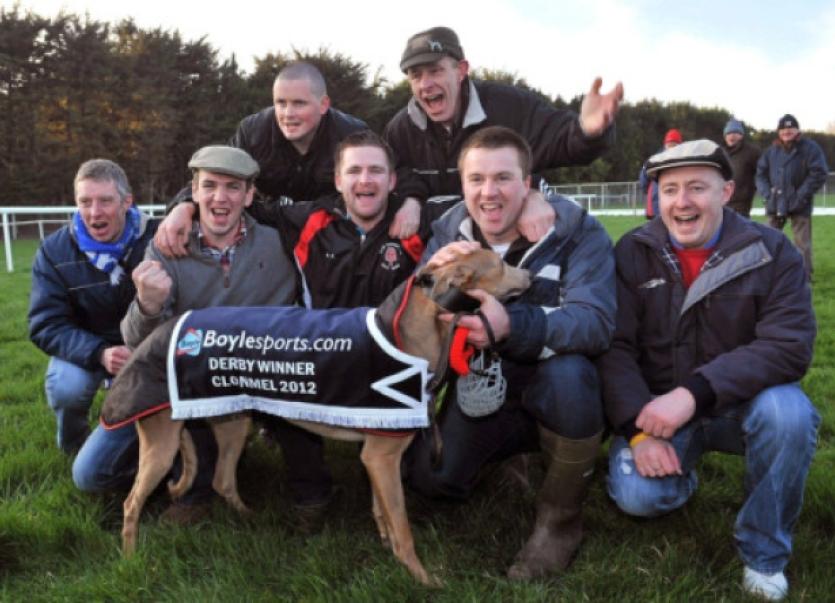 A NEW era in the life of Glin Coursing Club is about to begin, following the clubâ€™s successful purchase of a new coursing field, just two miles from the village.

A NEW era in the life of Glin Coursing Club is about to begin, following the clubâ€™s successful purchase of a new coursing field, just two miles from the village.

â€œThis is a milestone in the history of our club which was established in 1904,â€ says club committee member, Michael Sweeney. And there is a great sense of satisfaction among the clubâ€™s 40-plus members that, at last, the long-held dream of having their own field has become a reality.

â€œFor the past 25 years we have been coursing on our president, Paddy Reidyâ€™s land at Killeaney and before that, we had a field from the Knight of Glin,â€ Mr Sweeney explained. â€œBut we always wanted a field of our own.â€

The dream, however, has come with a price-tag; the club estimates that the full cost of buying the 30-acres of land at Ballinagoul, west of Glin, and developing it will come to â‚¬400,000.

â€œIt is prime land, and was a model farm in Glin over the years,â€ Mr Sweeney told the Limerick Leader this week. â€œThe field is an absolute beauty, with a terrific coursing stretch and a majestic view in a picturesque location overlooking the Shannon.â€

â€œAt long last, the committee has acquired a worthy location to continue the great coursing tradition within the parish. The grounds will have ample and easily accessible parking while the running stretch will have a gentle incline and, when finished, will be second only to Powerstown Park in Clonmel.â€

The plan is to have the new field ready for action for the 2015 season.

Meanwhile, the club has now launched an intensive fund-raising campaign involving the issueing of shares to the value of â‚¬1000 per share, which will be redeemable, in full, after a period of five years.â€œItâ€™s a kind of interest-free loan scheme, if you like,â€ Mr Sweeney explained. And to their great delight and relief, just days after the initial launch of the scheme, the response has been phenomenal.

â€œThe take-up has been mighty here in the village,â€ he continued. â€œThere is a great tradition here and people have rowed in behind us.â€

But he appealed to others, who have not yet done so, to come on board and help them meet what is their greatest challenge in their 110 year history. â€œAny contribution great or small will be appreciated and shares can be purchased from any committee member,â€ Mr Sweeney said, appealing to the people of Glin and surrounding parishes but also to the coursing fraternity. The Glin coursing meeting, which takes place each October, is of huge economic benefit to Glin, he added. And the club members are confident their investment will make their annual weekend an even more attractive one.

â€œWe are proud to say that we regard our club as the coursing capital of Ireland, particularly with the quality of hares and the sheer class of greyhounds that participate at our fixture each year,â€ Mr Sweeney said.

Some of the greatest dogs that ever coursed a hare competed at Glin and the parish is also noted for producing some top-quality runners such as Bexhill, Doomore, Floating, Special, Jobys, and Solid. Also, there are the Go Home Hare and PMP syndicates, not forgetting Paddy Fitzgeraldâ€™s March Is On and Moloneyâ€™s Solid Monk.

A second strand to their fund-raising campaign will be the sale of a parcel of 11 acres of the land is being handled by Stacks of Abbeyfeale.