Limerickman Jason is ‘a new star lighting up the sky’ 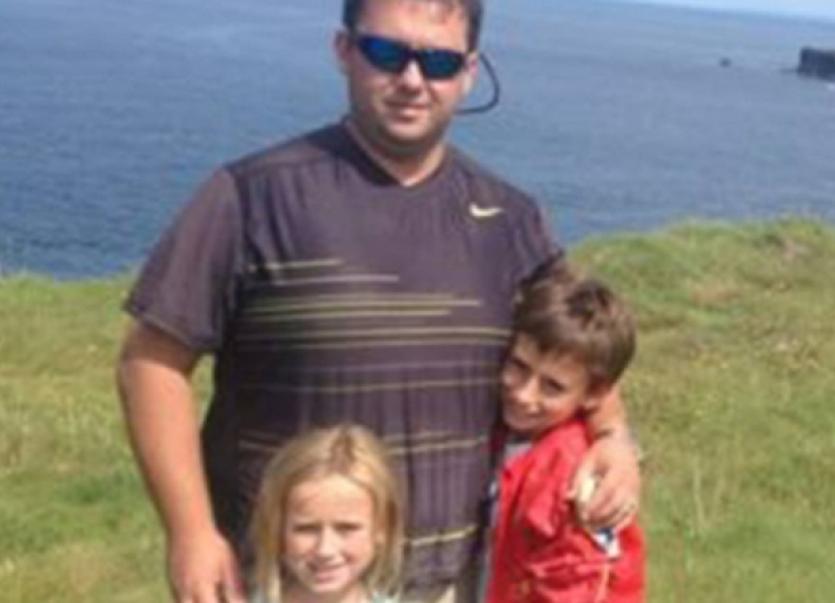 THERE were large crowds and emotional scenes at the removal of Limerickman Jason Corbett in the city last night.

THERE were large crowds and emotional scenes at the removal of Limerickman Jason Corbett in the city last night.

People queued for long periods to sympathise with the family of the 39-year-old father of two young children who was killed in his home in North Carolina three weeks ago.

Sympathisers queued at Cross’s Funeral Home on Lower Gerald Griffin Street, from 5.30pm, as he was removed later last night to Our Lady Queen of Peace Church, Janesboro.

His funeral mass will be held at noon today, with his burial afterwards in Castlemungret cemetery.

Jason will be laid to rest alongside his first wife Margaret (‘Mags’) Fitzpatrick, who passed away in 2006 from an asthma attack. A piper is to play at his graveside, before two white doves are symbolically released into the sky while he is to be laid to rest. “It’s to signify that Jason and Mags are finally together, as they always wanted to be,” said John Corbett, Jason’s oldest brother.

The couple’s two children, Jack, 10, and Sarah, eight, were in recent weeks the subject of an intense custody battle in the US. Jason’s sister Tracey and her husband David won the custody battle

In a tribute posted online last night by Mary Fitzpatrick, one of the organisers of a fund for the family, she wrote: “Daddy is a new star that will light up their sky. Your journey in life began when you were born and tonight is not the end. You will live on in the lives of those who you loved as they continue on their journeys. All of them will travel on many painful paths, but it’s knowing they are so close to you, attached by hearts. Sleep in peace dear Jason, knowing you’re at home”.

Molly Martens Corbett, Jason’s second wife who has cared for the children for the past eight years, is still trying to overrule a decision to allow the children be brought up in Ireland. Those legal proceedings could take up to a year, according to her lawyer David Freedman. She is one of two ‘persons of interest’ in the case, after Jason was struck with a baseball bat. He is survived by his parents John and Rita, brothers Wayne, John, Michael, Stephen, Christopher, and sisters Tracey and Marilyn. Over €22,000 has now been raised for the family.