US wife of slain Limerickman misses kids ‘every second’ 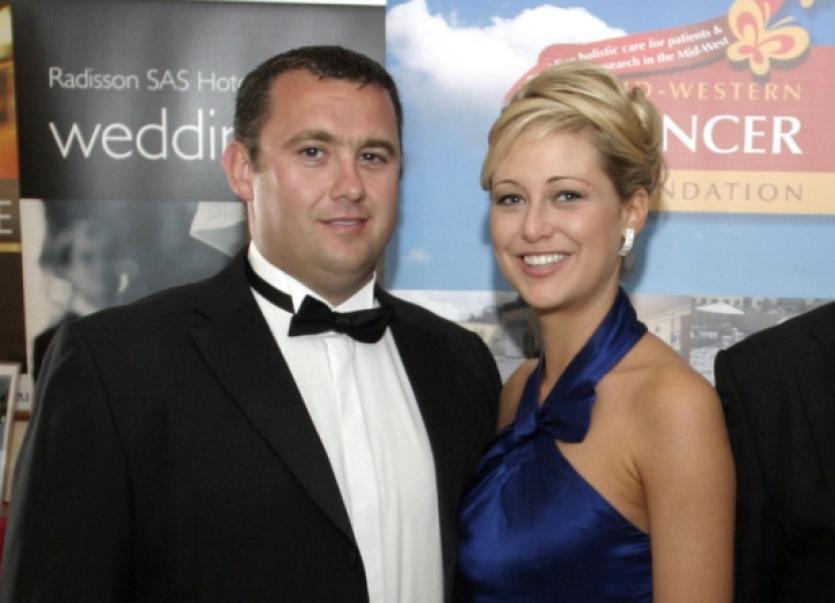 MOLLY Martens Corbett, one of two ‘persons of interest’ in the killing of Limerickman Jason Corbett, has said she now misses the children she cared for over eight years “every second of every day”.

MOLLY Martens Corbett, one of two ‘persons of interest’ in the killing of Limerickman Jason Corbett, has said she now misses the children she cared for over eight years “every second of every day”.

Jason Corbett, 39, from Janesboro in Limerick city, was killed on Sunday, August 2, in his home in North Carolina, during a ‘domestic disturbance’ after reportedly being hit with a baseball bat.

Ms Martens, 32, Jason’s second wife, and her father Thomas Martens, 65, a former FBI agent, are the two persons of interest in the case.

The deceased was laid to rest in Limerick this Wednesday, some 24 days after his death, and following an intense custody battle by his sister, Tracey Lynch and her husband, to bring Jason’s two children, Jack, 10, and Sarah, 8, home to Limerick.

The children’s biological mother, Margaret Fitzpatrick, passed away in 2006 due to an asthma attack, when Sarah was just 12 weeks old, and he married Ms Martens, from Knoxville, Tennessee, in 2011, prior to which she had been the children’s nanny.

The Lynch family were appointed guardians in the deceased’s will, however Ms Martens is still aiming to proceed through the courts to over-turn the ruling.

Since the family arrived back in Limerick last Saturday, she has published a series of messages on Facebook, along with a phone number and email address, which appears to be an attempt to gain contact with the children.

It is not known if she has been allowed contact with the children by phone since they returned to Limerick on Saturday last.

Her lawyer, David Freedman, said that would be a matter for the Corbetts to decide.

“I miss you with every single heartbeat,” she wrote on the day the children returned home. “Wherever you are, my love will find you...”

“I was never the mom who was happy it was time for school again. I savoured my summers with you, my kids, my best friends. I would do anything right now to be getting you ready for third and fifth grade today; to be brushing out the tangles and making back to school gluten free pancakes, to be packing your lunches with notes of love and hope and waiting all day to see how it went. I miss you munchkins.

“When I look at a snapshot of you, my loves, I do not just see you. I see the day we had, I feel the snow in our mittens or the excitement of the meet ahead. I love you with all of my heart. I know you are being so strong and so brave and I am so proud of you. I miss you every second of every minute of every hour of every day.”

Mr Freedman said Molly’s “whole world revolved around those children” and legal proceedings to challenge the custody ruling could take up to a year to be heard.

“What she’s experiencing now is no different than if they were her biological children. I know that it’s very important for Molly to stay in touch with his children.

“We wanted them to stay here because they’ve known her for eight years, we thought consistency and security for the children is very important.”

He added Jason had “a lot of faith” in Ms Martens as a mother, although he apparently resisted attempts to allow Ms Martens to adopt the children and to make them US citizens.

“The Corbetts have to think about what is best for the children and allow them to maintain a relationship with Molly.

“[Jason] did choose Molly to be their mother, first as a nanny and then as a mother and he let her raise them.

“She would’ve liked to have had more legal rights over the children, but he never granted that.

“The children were living a good life, I saw a number of Mother’s Day cards, drawings of the family. All the neighbours believed Molly was their natural mother.”

The Corbett family said this week that “the months ahead will be difficult as we wait for the truth to be told, and we have faith that there is justice in this world.”

A grand jury is expected to decide what criminal proceedings will be brought.

Ms Martens and her father have made statements to the police, and Mr Freedman has indicated that they will plead not guilty in relation to any possible charges.

Meanwhile the Knoxville News Sentinel has reported that Mr Martens, a counter-intelligence officer at Oak Ridge National Laboratory has been placed on administrative leave while authorities investigate the violent death of his son-in-law.

David Keim, communications director at ORNL, confirmed that Thomas Martens is on leave with pay “while this investigation continues.”

Martens, who joined the Department of Energy’s Oak Ridge Office of Counterintelligence about eight years ago, has made himself available for any follow-up interviews with investigators if needed, his attorney said.

Mikol Ward, administrative assistant at the Davidson County Sheriff’s Office, said the investigation of the Corbett death is continuing and no charges have been filed.

An autopsy was ordered and the authorities are still awaiting the results. After all information is available, the Sheriff’s Office will meet with the district attorney and decide whether to file charges or take the case before a grand jury.

After the funeral this Wednesday, Tracey Lynch posted a comment on the public Facebook page, Bring Jack and Sarah Home, thanking everyone for their support.

“To each and everyone of you who attended Jason’s funeral and provided my family and I with so much sympathy and compassion, we are humbled. Thank you.”

Some €22,000 has been raised for the family and further fundraisers are also planned, including a golf classic in Ballyneety on Friday, October 9.