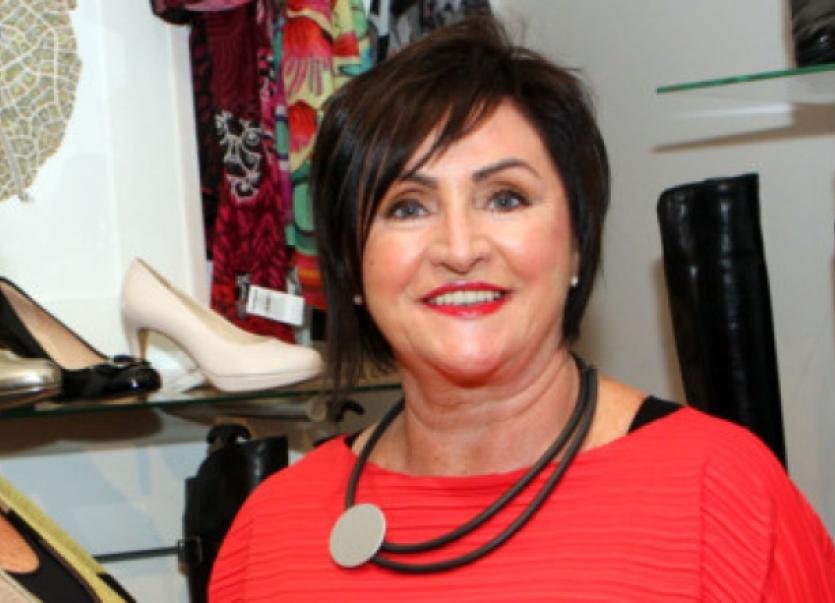 Heartfelt tributes have been paid to Gretta Fitzgerald, the popular and widely respected boutique owner who died at the weekend.

Heartfelt tributes have been paid to Gretta Fitzgerald, the popular and widely respected boutique owner who died at the weekend.

Thousands of family members, friends, customers and colleagues from Limerick’s business and fashion community came to pay their respects at the funeral service this Wednesday morning in her local church in Ballybrown.

Ms Fitzgerald was hospitalised following an fall some weeks ago and died in hospital in Cork last Saturday.

“Gretta was celebrating 30 years in the fashion trade and it is so sad that this has happened,” said her longtime friend, Celia Holman Lee.

Ms Holman Lee said she had known Gretta since she opened her boutique – Gretta Gibbs – almost 30 years ago.

“She was just the kindest person – sweet is the word I would use to describe her. I don’t think I ever had a cross word with her in all the years we worked together,” said Ms Holman Lee.

Together with her sisters Veronica and Lillian, Gretta built up the business to become of the best known ladies fashion boutiques, not just in Limerick but throughout the country. Initially based on Bedford Row, they relocated to their present location in Catherine Street over five years ago. In that time, Gretta and her sisters built up a loyal client base of customers who returned year after year to ensure their wardrobes were always up to date with the latest styles.

“Everybody knew that when they shopped there, they would get exactly what they wanted and Gretta wouldn’t let them leave without making sure they had what they wanted. Customers were always guaranteed a great service,” Ms Holman Lee commented.

In the constantly changing world of ladies fashion, Gretta and her sisters have been a constant and reassuring presence in the heart of Limerick’s shopping centre. And over the years, the shop’s reputation spread far and wide, throughout Munster and the entire country.

“It was one of the busiest boutiques in the country,” Ms Holman Lee said. “People all over the country would have known about it and her loss is tragic and heartbreaking for all of us in the industry.

“I will feel her loss any time I walk into any fashion show in the country for a long time to come,” she added.

Family was central to Gretta Fitzgerald’s life. She is survived by her husband Sean, sons Ryan, Paul and Josh as well as sisters Veronica, Lillian and Ursula and brothers, Ollie and James.

“They were a great role model of how a family should be together - they worked together, played together, and it must be heartbreaking for all of them. She was just 54 years of age, with three beautiful boys, and she will be missed terribly,” said Ms Holman Lee.

The parish church in Ballybrown was packed to overflowing as thousands of people came to pay tribute to a hugely popular and well-respected business woman.

The grounds of the nearby GAA field were opened up to provide additional parking space, but even that was not adequate to cater for the huge volume of traffic generated by the funeral.

Following the funeral, Ms Fitzgerald’s remains were taken to the Island Crematorium in Ringaskiddy, Co Cork.