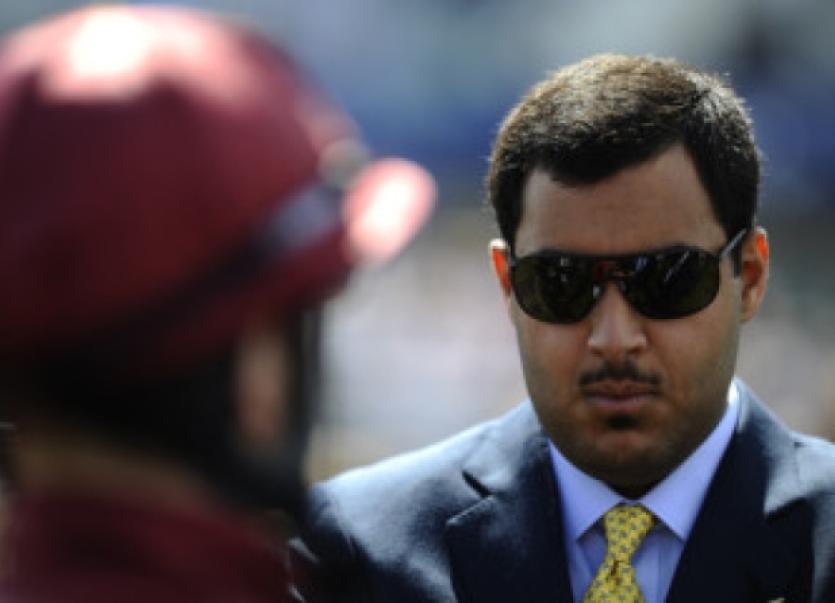 It is just over a year since the international horse racing superpower purchased a 102 acre farm at Spring Lodge, Manister, Croom.

Peter Molony – Irish representative of Qatar Racing, owner of Rathmore Stud and manager of Spring Lodge – is overseeing the development.

“Hopefully the plan is to start building on December 1. It is going to be a nice facility and will try and show the place off to its best.

“It will be done in two stages. Initially we are building a 20 box courtyard and there will be some loose sheds for yearlings so probably room for up to 40 horses,” said Mr Molony, son of legendary National Hunt jockey, Martin.

The first phases is due to be completed in February with all the state-of-the-art facilities set to be finished by December 2015.

The investment by a branch of the Qatari royal family’s in County Limerick is understood to run into the millions of euros.

Mr Molony said Sheik Fahad hopes to visit his investment on the rolling pastures of the Golden Vale shortly.

“He will be here within the next month or two. He is keen to come and have a look, it is just to get the time to do it,” said Mr Molony.

The plans for the moment is that it will be for breeding and raising young stock.

“It is a very exciting time. I am very lucky and privileged to be involved. We have had a great year with the racing and it is great to be involved with such high class bloodstock.

“Sheik Fahad has had six individual group one winners this year between America, Australia, England and France,” said Mr Molony.

The dream is that in years to come horses bred in Spring Lodge will add to that tally.

“This is some of, if not the best, land in the country for raising horses. There is a great history of producing top class horses,” said Mr Molony.

Just a few recent examples he lists off are Paul McCartan, of Ballyphilip Stud, with Tiggy Wiggy, the champion two year old filly in Europe this year; Frank Barry, of Manister House, who bred La Collina, winner of the Matron Stakes last year; multiple group one winning Rizeena, trained by Clive Brittain, was bred at Roundhill stud in Patrickswell; Croom House have bred multiple group one winners, to mention but a few.

“It is all in this area,” said Mr Molony.

Dozens of jobs will be created during the building phase with five full-time staff once the development of Spring Lodge is completed at the end of 2015.

Mentioned in the same breath as Coolmore and Godolphin, Qatar Racing has invested tens of millions in horse racing and the bloodstock industry.

“It is the Irish arm of what is a world wide operation,” said Mr Molony.

Last year, Mr Redvers said: “Some of the best studs in Ireland are in the Croom area and this will enable us to keep bloodstock in Ireland.”