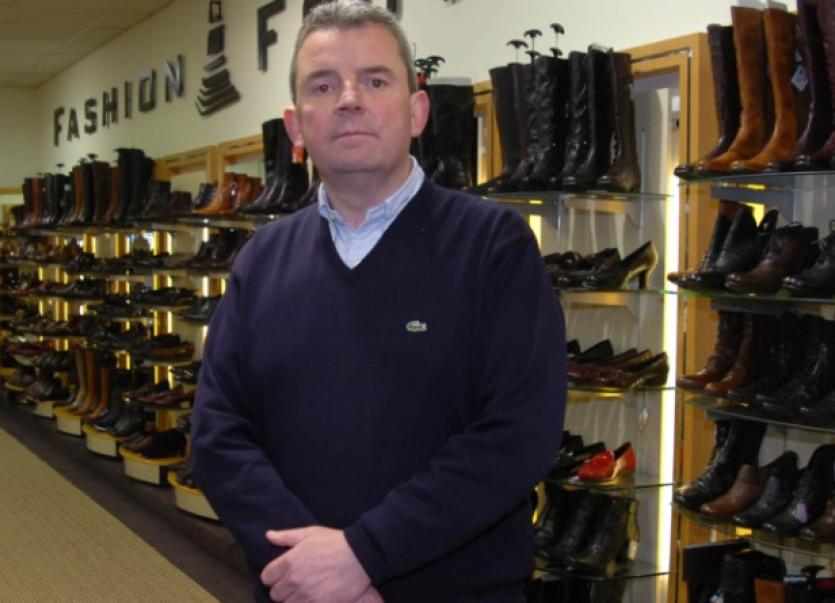 LIMERICK city centre retailer Nevil O’Sullivan was given a guard of honour at his funeral services this week by Old Crescent, a rugby club with which he had a long association.

LIMERICK city centre retailer Nevil O’Sullivan was given a guard of honour at his funeral services this week by Old Crescent, a rugby club with which he had a long association.

Mr Sullivan, who was in his early fifties, passed away in Milford Care Centre, surrounded by his family.

The businessman ran Nevil’s Shoes on O’Connell Street for many years and was very well known in business and sporting circles.

Hundreds of people turned up for the well known retailer’s removal on Sunday evening from Milford to St Joseph’s Church, and for the funeral Mass on Monday.

Mr O’Sullivan is survived by his wife Chris and children Méabh, Nevil and Jack.

He had a long association with Old Crescent RFC and Dr Michael O’Flynn, president of the club, said he was “saddened” to learn of Nevil’s passing and extended his deepest sympathies on behalf of the club to the O’Sullivan family.

The club, who formed a guard of honour at the funeral services, said that Nevil, a long time member and supporter, was held in high regard by its members and the wider Limerick rugby fraternity and was “at the heart of Old Crescent, always willing to help with advice and support for the club”.

“We extend our deepest sympathy to his wife Chris, daughter Meabh, sons Nevil and Jack, and his entire family,” it said.

The famous Limerick rugby standard There Is An Isle was sung at the service this week in St Joseph’s.

Fr Tom Mangan, formerly of St Joseph’s parish and now based in Donoghmore, Knockea, was one of 10 priests officiating at the funeral services and paid tribute to the Limerick man afterward.

“Nevil’s passing is very sad for his family, many friends and colleagues in business,” said Fr Mangan.

“I have known Nevil for quite a few years, especially from my time in St Joseph’s parish and I got to know him and family well, they were such nice people.

“His shoe shop on O’Connell Street was well known to everybody and has been a very successful business over 30 years.

“He faced a difficult time with his health in recent years but he was always upbeat and positive and received tremendous care from his family, medical team and close friends.

“He was such a familiar face to us all in the city, it was a pleasure to have known him.

“Our sympathy and continued support to Chris, his young family and extended circle of family and friends and his very loyal staff in the shop.

“It is a sad few days for the business community in the city losing Nevil and Gretta Fitzgerald and our sympathy to both families. May they rest in peace,” added Fr Mangan.