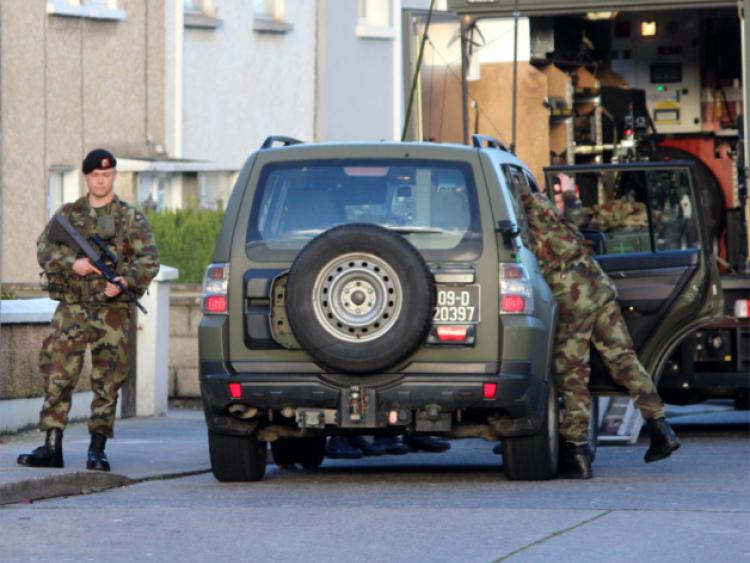 INVESTIGATIONS are continuing after a pipe bomb was thrown into the front room of a house in Limerick yesterday.

INVESTIGATIONS are continuing after a pipe bomb was thrown into the front room of a house in Limerick yesterday.

A number of people, including children were in the house on West Singland Road in Garryowen when the incident occurred shortly before 11.30am on Saturday morning.

The device did not detonate, and the army bomb disposal team was called. The unit later made safe what it referred to as a ‘viable device’.

A number of houses were evacuated, and the scene was sealed off.

Gardai at Henry Street are investigating, and can be contacted at 061-212400.

Separately, gardai in Roxboro are investigating after petrol bombs were thrown at a number of houses in Walnut Court in Kennedy Park overnight on Friday. Roxboro can be reached at 061-214340.

A third investigation is under way after approximately nine cars were broken into and damaged in the grounds of the Maldron Hotel.

The incident, in which property was stolen from a number of motors, took place early on Saturday morning, around 1am.

A male in his teens was arrested at the scene, and was being held at Roxboro Garda Station under section four of the Criminal Justice Act, 1984.