Sarah fights back despite paralysis and serious illness 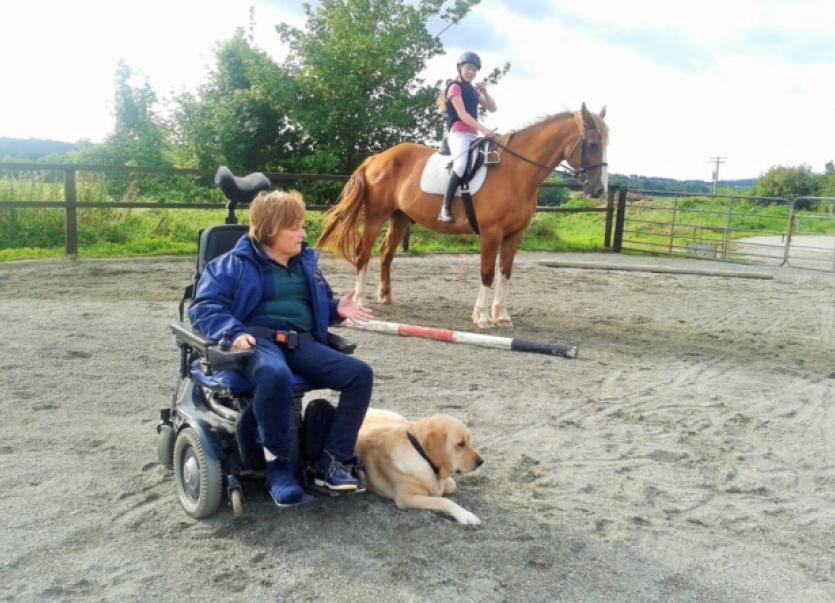 OVERCOMING adversity is nothing new for Sarah Jane Geoghegan. In 2008, she was paralysed following a fall from a horse. It was a devastating injury that could have ended her career as a rider and trainer.

OVERCOMING adversity is nothing new for Sarah Jane Geoghegan. In 2008, she was paralysed following a fall from a horse. It was a devastating injury that could have ended her career as a rider and trainer.

But nine months later, she was back running the successful equestrian school outside Adare that she set up in 1991. She was also back in the saddle and training for international competition.

Since then, her riding centre in Clongownagh, has continued to develop a strong reputation for the quality of the training available there, with a large roster of clients, young and old.

However, misfortune struck again in February of this year when Sarah fell ill and was forced to close the business. In May, she was admitted to hospital with a temperature of 105 degrees and was subsequently diagnosed with septicaemia.

“Waking up after being in ICU for 72 hours the surgeon told me my legs would need to be amputated. I pleaded with them not to do it,” Sarah recalls.

Her legs were saved but Sarah still faced an uphill battle to recover. She spent the next 12 days in intensive care and the following weeks and months receiving treatment. But displaying the fighting spirit that had sustained her following her accident, she has made a great recovery and has recently reopened her school.

She teaches adults and children at the facility between Adare and Kildimo where she has her own training arena as well as paddocks, stables and other facilities.

All parts of the centre have been modified to make them fully wheelchair-accessible, allowing Sarah to get fully involved in all aspects of training. This means that clients get one-on-one tuition.

“Children are taught on individual basis as the little ones need my full attention. We teach though the games, each game teaching a specific skill. The enjoyment is seen in their faces,” Sarah explains.

“Adults are also taught on an individual basis where they can learn at their own rate. I always sit them down and find out exactly what they want to achieve and then we set goals.” Sarah prepares clients for the BHS (British Horse Society) exams and has a 100% success rate over the past six years.

In addition to her teaching work, Sarah also provided a DIY livery service whereby clients are given a stable and access to an individual paddock and the arena. Two bales of hay are also supplied free of charge per week.

She says the decision to return to business following her accident was not an easy one to make, but in the end she felt she had little choice but to keep going. “You can’t live on disability allowances. It is just not feasible,” she says.

Nor did her injury stop Sarah competing in equestrian sports. Paralysed from the chest down, she still has use of her head and shoulders, but not her legs. Using a hoist-system and a modified saddle, she is now able to mount and ride horses. By 2011, she was back competing and in 2013 she took part in the British National Para Dressage Championships in Hickstead.

Since her accident, she has also had to learn how to drive a 4x4 and now regularly travels around the country and to Britain with a horse box in tow.

As if all that wasn’t enough, she is also in the process of developing a cross country course at the centre.

As she says herself: “I don’t like being told what I can’t do”.

Sarah can be contacted 087 6231757 or facebook/Adare Equestrian Centre.