Limerick’s Frances praises generosity as she retires as Concern chairperson 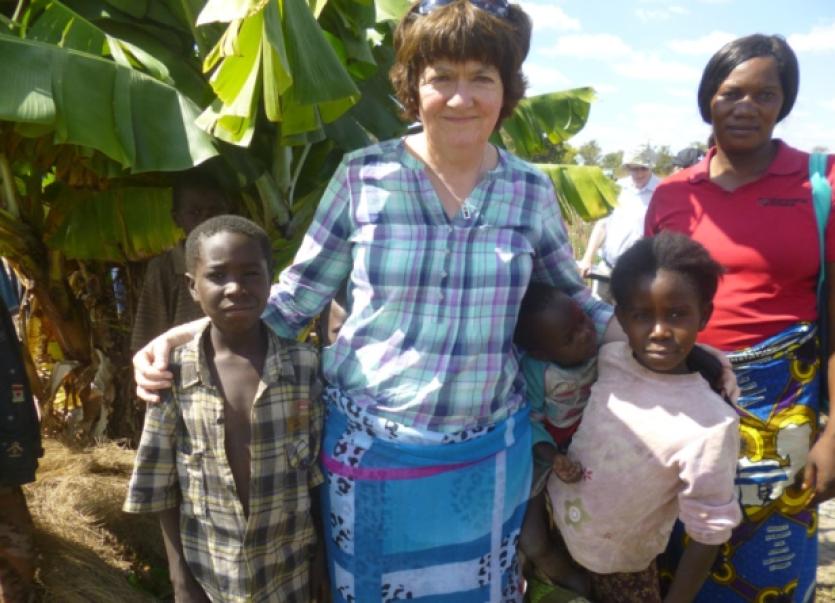 Ballingarry woman Frances O’Keeffe, who recently retired as chairperson of Concern Worldwide, has praised the generosity of Irish people in supporting the work of the aid agency.

Ballingarry woman Frances O’Keeffe, who recently retired as chairperson of Concern Worldwide, has praised the generosity of Irish people in supporting the work of the aid agency.

A nurse by profession, Ms O’Keeffe has been in the job for the last four years but she has been closely associated with Concern since 1988 when she went to work for the aid agency in Bangladesh.

Over the course of her 26-year association with the aid agency, she has worked with and visited most of Concern’s programmes around the world.

Zambia is approximately 10 times the size of Ireland yet the population is only 13.5 million. Life expectancy is just 49 years of age. Concern has been working in Zambia since 2001 when the agency went there in response to a food crisis. This year Concern is spending €2.2 million in the country on a number of different projects.

“Innovative and exciting are the two words I’d use about the Concern programmes in Zambia,” said Ms O’Keeffe.

“The Concern main office is in the Zambian capital Lusaka but the Concern programmes are in the Western Province, the poorest part of the country.

Concern has an office in Mongu, which is 600 kilometres from Lusaka. It’s a 10-hour drive from Lusaka to Mongu on a road built by the Dutch in 2005.

“Concern works in remote villages about a two-hour drive from Mongu but it also works in the outskirts of Mongu, where it is targeting extremely poor people and helping them get out of poverty.

“It gives people a small sum of money, approximately 30 Kwachas a month. That’s equivalent to just over €3. The money is transferred through a local Zambian bank, free of charge. The Zambian Government is carrying out a similar programme.

“It allows people trapped in poverty begin to support themselves, save small sums of money and it also gives them the opportunity to sell items such as vegetables and eggs. The project is working well.

“The project is supported by the Kerry Group. Indeed, Concern programmes in Zambia are also supported by Accenture Ireland, a management consultancy, and Irish Aid,” she added.

A public health nurse based in Dublin’s north inner city, Ms O’Keeffe studied general nursing in Essex in the UK, midwifery in Glasgow, trained in Public Health at UCD and obtained a Masters in Community Health at Trinity College Dublin in 2000.

She said that in all her years associated with Concern, she has always been greatly impressed with the generosity of the Irish public in supporting poor people around the world.

“It really is spectacular and Concern can never ever take one cent it gets for granted,” she added.

While now retired as Concern chairperson, Frances continues to be a member of Concern Council and will remain closely associated with the agency. And no doubt Concern will be calling on her for the wisdom and experience she has accumulated in her years working with Concern.