‘Fill the potholes in our estate’, says Limerick activist 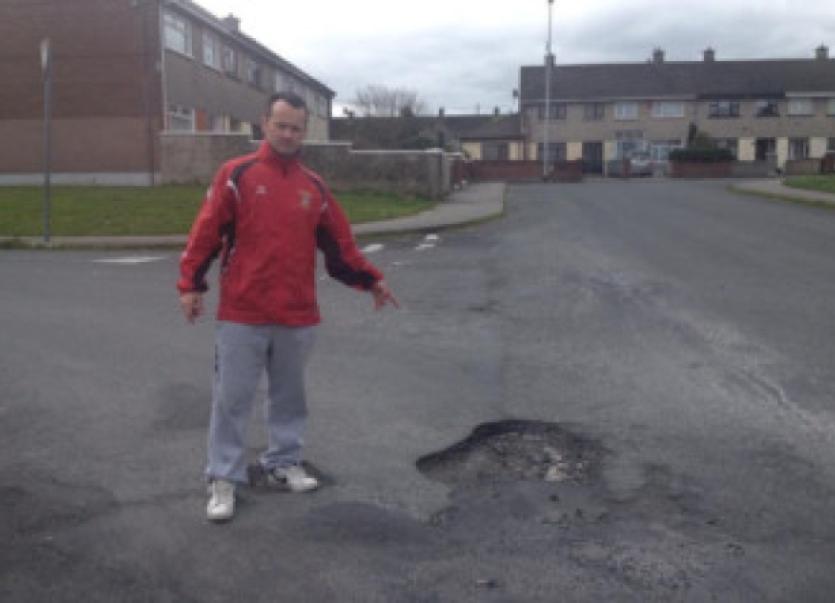 A MOYROSS activist has called on City Council to fill in three large potholes in the estate.

A MOYROSS activist has called on City Council to fill in three large potholes in the estate.

Dean Quinn, who works for Ceim ar Ceim, believes an accident could happen if the council does not fill in the craters quickly.

And he feels City Hall does not take the concerns of Moyross residents as seriously as other parts of the urban area.

He says the council has done nothing about the issue, and he does not understand why.

“The residents are complaining about it, but they are not being heard. It’s not fair. They are paying for their car, and then paying taxes, so the roads should be in a good condition,” he said.“The state of the roads is a real pity.”

Mr Quinn says there is a feeling in the northside estate that it is treated as “second best” by the council.

“The minute something like this happens, it should be fixed straight away. If it was another part of town, it would be solved more quickly than if it happened in Moyross. I don’t know why this is: it seems to me like Moyross is second best,” he told the Limerick Leader.

“It will cause an accident: someone could get hurt. If a child goes into that pothole, that is it – leg broken,” he concluded.