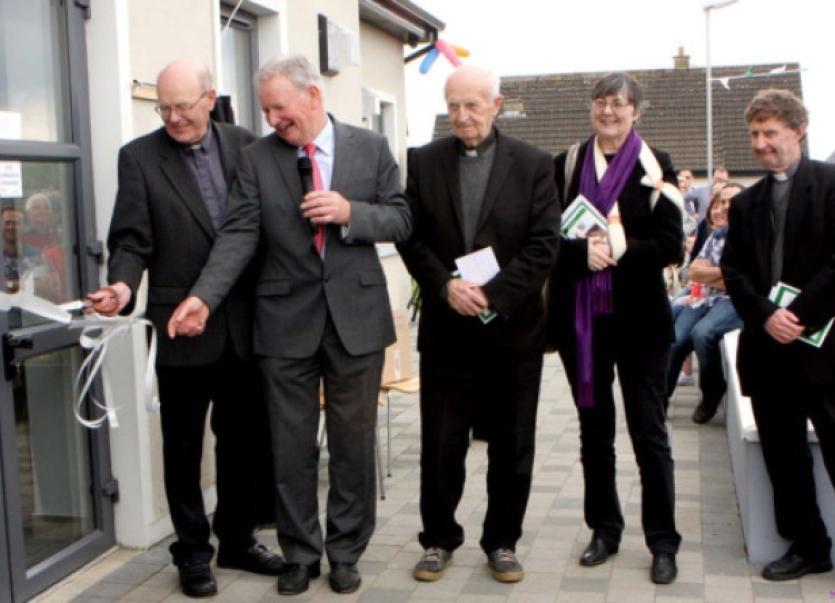 He was joined by a large crowd at the opening of the centre, which has already become a focal point for the community since it opened its doors last October.

“We were apprehensive at the start about what kind of demand there would be, but it has been very busy since we opened,” said Richard Kennedy, chairman of the Ballybrown/Clarina community council.

“It is a real focal point for the community to have the school, the church and now this centre here,” Mr Kennedy added. “People had been going to all different places before but when it was built, they started to come back here.”

The local Comhaltas branch runs music and dancing classes for children and adults, while the MPCC Credit Union also operates from a room in the centre for an hour on Friday evenings. The local active retirement group also runs its weekly Thursday Club from the centre.

In addition to all this, Little Steps creche operates from the centre Monday to Friday during the school term.

The resource centre was built with the support of 75% grant aid from West Limerick Resources, with the remaining 25% being raised by the local community. One of the most successful fundraising initiatives to date has been the supporters’ wall whereby people can buy a space in a grid on the wall for €250. So far, some 350 of these grids have been sold, generating over €87,000.

The seeds of the project were planted as early as 2004 when the first community council carried out a survey which identified the need for a community centre in the area.

A second survey carried out some years later further confirmed the desire within the community for such a facility and subsequently the community council approached the Limerick diocese, which owned the land, with a view to acquiring the site. In summer 2012 they agreed a 25-year lease on the site, located between the church and school.

Since then, the 15 members of the community council and other local groups have worked tirelessly to make the project a reality.

“We got brilliant support from the parish,” said Mr Kennedy.

“A feature of the whole thing has been the continuity and the support from the previous community councils,” he added.

He said they decided to invite Fr O’Connor back to open the centre in acknowledgement of the “great support” he had provided to the project since its inception.

The challenge now will be to pay off the remaining debt on the centre, but Mr Kennedy and the community council are confident that they can do that. “There are people coming all the time looking for the use of the building and that will sustain it,” he said.