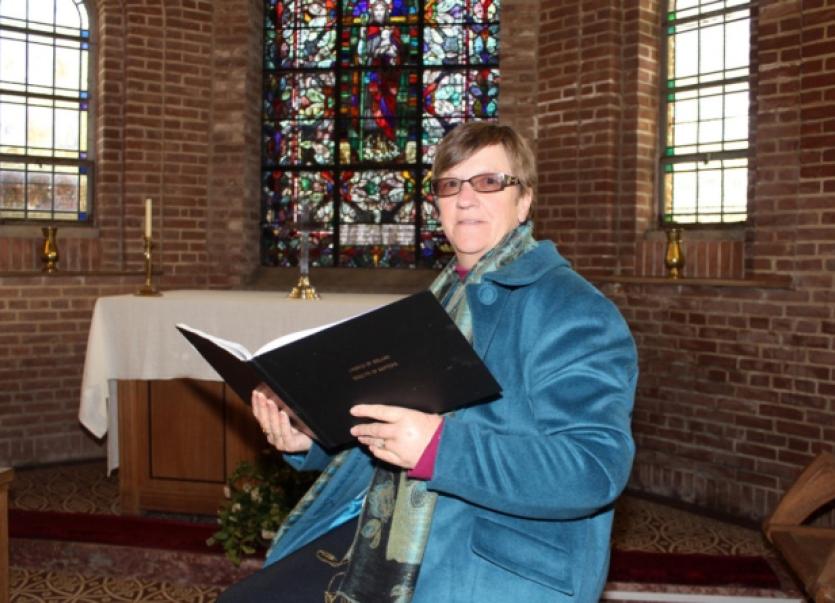 THE Church of Ireland community in Kilmallock are appealing for the return of “priceless records” detailing deaths and marriages in the parish over the last century.

THE Church of Ireland community in Kilmallock are appealing for the return of “priceless records” detailing deaths and marriages in the parish over the last century.

The records were stolen from the church on Christmas week.

“The community are very upset about the fact that the church could be broken into,” said Jessie Griffin from Bruree who is the church warden of St Peter and St Paul’s church.

The alarm was raised on December 20 when it was discovered that the vestry door of the church had been forced open.

“They stole the safe - the big old heavy safe - and everything in it including the church records,” Jessie explained.

“There was also a chalice and some silverware in the safe,” she added.

The records of deaths and marriages over the last century were chronicled in big leather-bound books. A book containing baptismal records was not on the premises at the time as it had been taken away to be updated.

“There were two books,” Jessie explained. “These records are priceless. We haven’t them on hard disk or anything. The records of a church are very important. They are the main records for researching about your family and your family tree - think about Barack Obama, it was a little small church in Cloughjordan where his records were found.”

Jessie is appealing for anyone who may have information in relation to the records to come forward.

“Somebody out there knows where those records are - the robbers know for starters. We don’t expect them to take them to a garda station but if they know or have any idea where they are, then they should give them in somewhere like a public place such as a shop,” she said.

The church, which is located at Deebert, Kilmallock was burnt down in 1935 and was rebuilt in 1938 by the local community.

Mass is celebrated in the church every Sunday.

It is believed that more than one person was involved in the robbery and that they used some type of transport device to wheel the safe out of the church.

“It’s the violation of the church that has upset people - the fact that they could break in and get away with a massive big safe,” said Jessie.

“We would just be so grateful for their return. It is a shocking situation that all our records are gone.”

Jessie believes that the thieves did not open the safe prior to leaving the premises as the likelihood is that if they did open it, they would have discarded the record books.

The gardai in Bruff are investigating the incident and are appealing for information which may assist them in solving the crime.

Anyone with any information in relation to the incident can contact Bruff garda station on 061 382940.