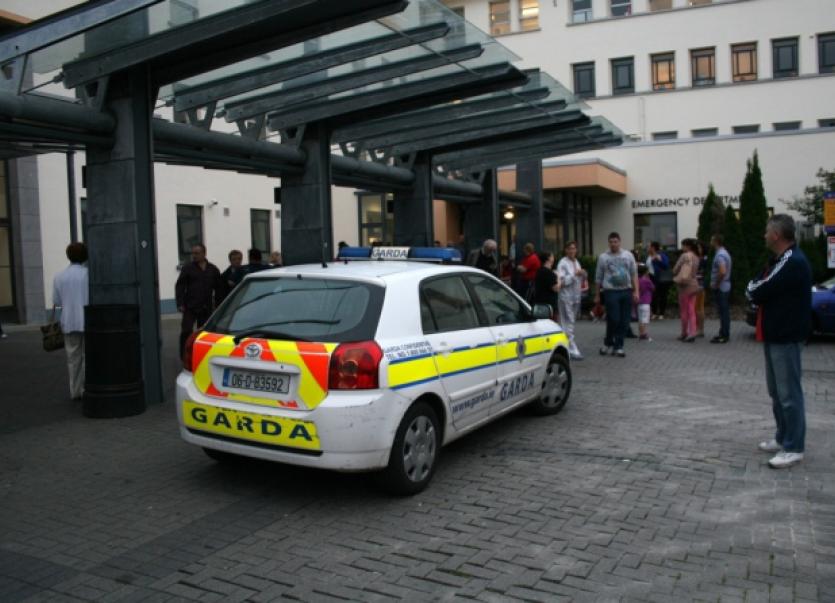 FOURTEEN children were evacuated from their rooms and patients in the Accident and Emergency unit had to leave the University Hospital Limerick when a fire broke out on Sunday night.

FOURTEEN children were evacuated from their rooms and patients in the Accident and Emergency unit had to leave the University Hospital Limerick when a fire broke out on Sunday night.

Smoke was seen billowing from a plant room at the rear of the hospital just after 6pm and fire tenders immediately rushed to the scene.

“There was a smell of smoke and we were all told to get out immediately,” Henry Coma, from Caherdavin and a native of Poland, said.

Henry captured footage of smoke coming from the room on his phone and was showing it to other members of the public, who were watching events unfold outside the hospital.

There were emotional scenes as family members, some with loved ones who were dying, were asked to leave the building. “We are very anxious to get in, our grandfather is dying,” said one family member.

HSE spokesman Michael Walsh stressed that no one was injured as a result of the fire, and that apart from the 14 childern in the paedriatrics department the only others disrupted were visitors to the hospital and those in the emergency department.

Some people at the scene reported that some patients had been moved to St John’s hospital, but the spokesman said that this was incorrect.

Over six fire units, including a number from county Limerick were still at the scene, at the rear of the hospital, late on Sunday night.

“The fear was that the smoke would get into the air vents so that is why the action to get everyone to leave the hospital was taken. The fire broke out in the UPS plant room which is the power source for that part of the hospital,” a staff member said.

Operations in the hospital had mostly returned to normal by Monday morning, while investigations are underway into the cause of the fire.