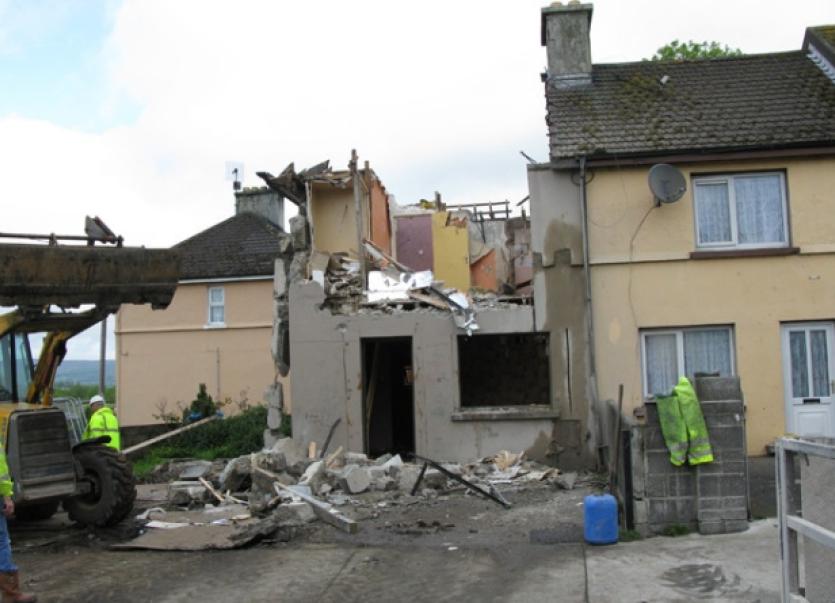 A €253 million package aimed at tackling the challenges facing Limerick’s Regeneration areas over the next 10 years will be announced this Friday by Minister of State Jan O’Sullivan in Limerick.

A €253 million package aimed at tackling the challenges facing Limerick’s Regeneration areas over the next 10 years will be announced this Friday by Minister of State Jan O’Sullivan in Limerick.

The Limerick Leader can exclusively reveal that the 500-page implementation plan includes a projected budget of €93.3m for Southill and Ballinacurra Weston, €51.4m for St Mary’s Park, and €106.5m for Moyross.

It is anticipated that €28m will be ring-fenced by Government in the upcoming Budget to safeguard the future of the programme up to 2024.

Seven years after the initial Regeneration plan was drafted - after the horrific petrol bomb attack on two Limerick children - Minister O’Sullivan has pledged to ensure that the 58 key projects in this plan meet their targets over the next decade.

Nearly 200 houses in Southill have been identified for demolition, and 27 houses in Ballinacurra Weston, and 65 houses in St Mary’s Park.

In Moyross, there will be 295 new housing units built, 209 in Southill, 49 in St Mary’s Park and 40 in Ballinacurra Weston, as well as long-term plans to build 4,671 private units across all Regeneration areas, the majority of which will be concentrated in Moyross and Southill.

Under the budget plan for St Mary’s Park, €1.5m has been highlighted for some demolition and stabilisation works at the Opera Centre site in the city.

Responding to renewed criticism that the pace of the works has slowed, Minister O’Sullivan said: “Regeneration is a live process and needs to be flexible and adaptable over the implementation phase.

“It will be monitored, measured and evaluated on an ongoing basis. I am conscious too that successful delivery will require a whole of Government approach, with all public bodies, the private sector and community organisations working in close collaboration,” she writes in the foreword of the plan.

“We can look forward with confidence that regeneration will reinvigorate and revitalise communities that have witnessed considerable neglect and breakdown over decades.

“The journey we are now on is transforming Limerick. With lessons of the past taken on board, we now have the opportunity to lead the way in regeneration at both a national and European level,” she said.

City manager Conn Murray said that the last seven years - which have seen only small inroads made into the ambitious programme announced in 2007 - can be seen as a “stabilisation period”.

This, he said, “was needed to stop the situation getting deteriorating even further in Moyross, Southill, Ballinacurra Weston and St Mary’s Park. Now, the challenge is to start things getting better and to bridge the gaps which still exist between the built environment and the social and economic life of these areas and other parts of Limerick,” he added in his own foreword to the report.

Mr Murray said “no single agency could possibly hope to deliver on the broad range of interventions that are needed in this context”.

Residents in many areas had voiced their disappointment with the pace and scale of the Regeneration project to date, as well as their scepticism about its future. The plan has seen numerous revisions throughout its history, and to date just one building project has been fully completed. Minister O’Sullivan handed over the keys to the new residents of 13 houses and 21 apartment in Cliona Park, Moyross, in February of this year.

Construction work is currently advancing for two housing complexes for the elderly - in Southill and at Vizes Court - and the Labour Minister said the 70-unit mixed development on Edward Street will also shortly be announced.

Further proposals for St Mary’s parish, Nicholas Street, the Hyde Road, and a second project in Moyross - this time at College Avenue - are being advanced, but she said she could not unveil these in full at this time. Reviving commercial development and economic activity in the St Mary’s parish area would be a particular objective, she added, while there is a “definite plan” for the Hyde Road area.

She said there has been “wide consultation” with residents groups in each of the four areas, and said without these lengthy sessions the plans wouldn’t work. The plan will be launched this Friday, in Thomond Park.