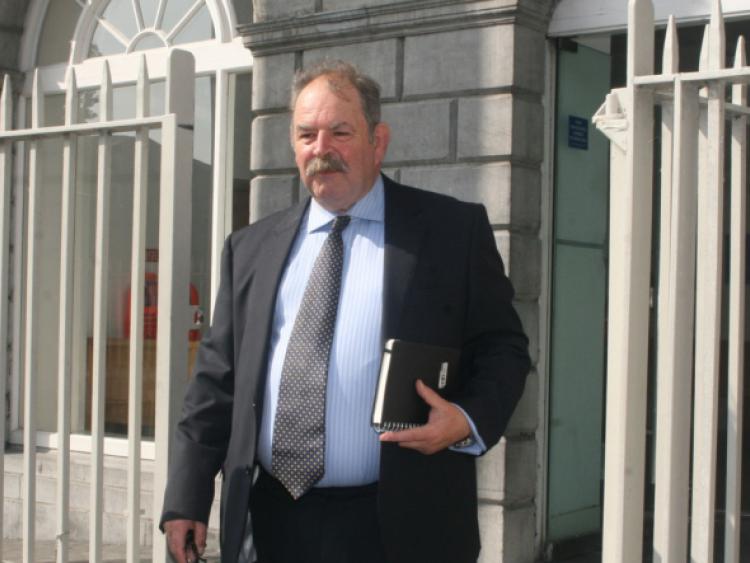 THE LEVEL of suicide in west Limerick is “almost at contagion levels”, even though the true figure of lives claimed in this manner may never be known, the coroner for West Limerick has said.

THE LEVEL of suicide in west Limerick is “almost at contagion levels”, even though the true figure of lives claimed in this manner may never be known, the coroner for West Limerick has said.

Brendan Nix, a well known barrister in the city, has been the west Limerick coroner for over a decade, but in that time said he has never recorded or seen a person’s death registered as a suicide, even though it may appear to concerned that it is.

Mr Nix said suicide in west Limerick has become “a whole blot on the community out there”, and affects people of all ages, with the number of women taking their lives rising, though not as much as men.

However, he noted that during this spell of good weather, crisis calls to agencies such as Pieta House have apparently decreased.

Speaking ahead of a conference on suicide in Limerick this Saturday, Mr Nix said the true level of suicide in Ireland will never be known until there is a change in legislation to allow for a verdict of suicide at inquests.

At most inquests – in both Limerick city and county, as well as throughout the city – apparent suicides are registered as “open verdicts” and as asphyxiation, a lack of oxygen as a result of strangulation.

He believes that suicides should be recorded as such to allow for the real statistics on suicide to the recorded, and to reveal the scale of this tragedy in this country, which he said is taking more lives than road deaths.

“I mean whose feelings are we sparing here? Are we sparing the families who are grieving? They all know what happened. They know the truth. We don’t have to publish the names of people who committed suicide but we can say that these are the official figures.”

He believes the hands of coroners are currently tied because they can only recommend a verdict of death in accordance with the medical evidence as given by a pathologist.

“The verdict has to be in accordance with the medical evidence and I have yet to see a medical report to come in that says a person committed suicide. If a pathologist is capable of finding that a person died by their own hand as a consequence of tieing a ligature around their neck and suspending themselves then that is the verdict that should be recorded by the jury that this person took their own life,” he added.

CSO figures show that 507 people died by suicide in Ireland last year, 15 of those in Limerick city and 16 in Co Limerick.

This weekend’s seminar, will be attended by the emergency services, and those working in the area of suicide prevention.

The event takes place from 9am at Limerick County Hall and anyone affected by suicide is invited to attend.