Still no planning application for Rathkeale mart on the horizon 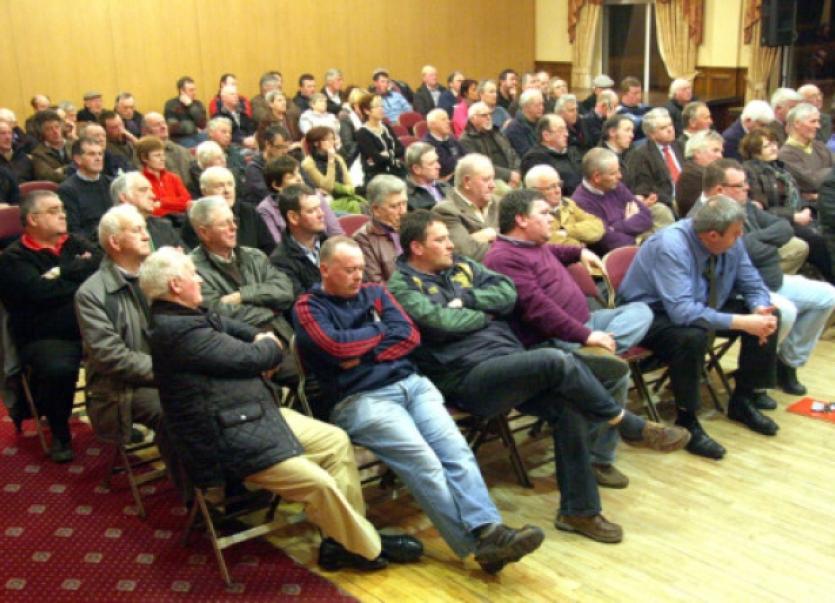 NO planning application has yet been lodged to develop the former mart site in Rathkeale, the area’s councillors were told this week.

NO planning application has yet been lodged to develop the former mart site in Rathkeale, the area’s councillors were told this week.

And there would be no need for a planning application in the event of the mart re-opening, as long as they were using the same buildings and not building new ones.

However, Stefan Duclot, of the county council’s planning section, was unable to inform councillors of what, if any, environmental regulations would have to be adhered to, should the mart re-open.

And although, the council’s environment section had been informed that the question had been asked, their response was that it was a planning matter.

The issue of the re-opening of the mart appeared again on Tuesday’s agenda for area councillors. Over the past few months, the issue of a possible land-swap, between the new mart site owners and the county council, has been mooted as a possible way to get movement on the idea.

A public meeting on the matter was held in February and last month, Cllr Kevin Sheahan asked that councillors be brought up to date on any planning or environmental issues that might need to be overcome in order to re-open the mart which closed in 2009.

On Tuesday, Mr Duclot said the site was designated to encourage and allow the town centre to expand. No new planning permission would be needed to re-open the mart, he said.

However, he added:“If they want to increase the site or provide new building they will have to go through planning.”

Referring to planning permission which had been granted for four detached and 16 semi-detached houses in Lower Main St, he told councillors that it had been appealed and An Bord Pleanala had upheld permission.

However, instead of 24 conditions, there were now only 20 and none of the conditions, he said, in reply to councillors’ queries, involved a phasing in or the requirement to finish some houses before beginning others.

He said a commencement notice to begin work on the site was expected within the next few weeks and a hoarding board would be erected. However, Mr Duclos cautioned that they could not be too specific about any one site.

Cllr Stephen Keary said he was disappointed that An Bord Pleanala had softened the conditions.

His concern was that this particular site would end up like a number of others in Rathkeale, where houses were left unfinished or half-built.