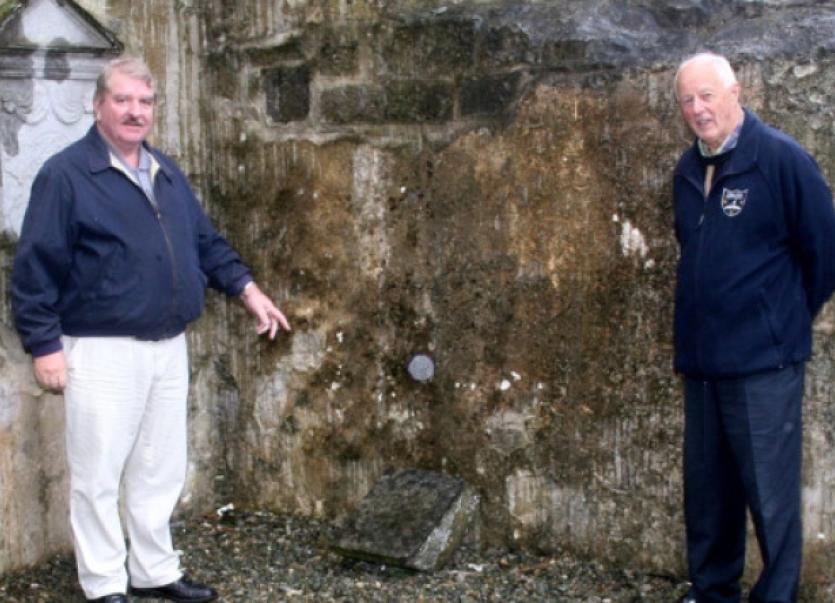 COUNCILLOR John Sheahan has described as “thuggery of the highest order”, the vandalism which occurred at the Franciscan Abbey in Askeaton on Monday night.

COUNCILLOR John Sheahan has described as “thuggery of the highest order”, the vandalism which occurred at the Franciscan Abbey in Askeaton on Monday night.

People seem to want to destroy property just for the fun of it,” he said at a meeting of Rathkeale area councillors which took place on Tuesday.

Stones were knocked from walls at the 14th century Franciscan abbey, which is a protected structure and national monument and were left strewn about the covered walk and garden of the cloisters.

In addition, the interior of the abbey was used as a toilet, Cllr Kevin Sheahan told the meeting. “Every reasonable citizen would condemn it out of hand,” he declared.

The vandalism, he went on to explain, was discovered early on Tuesday morning by Anthony Sheehy who is a volunteer caretaker for the abbey and a tour guide.

Mr Sheehy visits the abbey morning and evening on behalf of the community, and ensures it is kept in good condition, the Askeaton-based councillor said.

The abbey was a jewel in the crown in Askeaton, he added, and he described the vandalism as “absolutely disgraceful”.

Speaking to the Limerick Leader later, Anthony Sheehy was clearly upset at what he discovered when he opened the gate to the Abbey on Tuesday morning. However, he revealed, it was not the first incidence of vandalism there.

“I have reported it umpteen times to the Office of Public Works (OPW),” he said.

He was relieved however that he discovered the damage before any visitors did. “I don’t know who did it,” he said, but explained that access to the Abbey was very open, which was how the people of Askeaton wanted it.

“We have a grand old town,” he continued, and he expressed delight that tourist numbers in the town had increased 200% for the first quarter of this year.