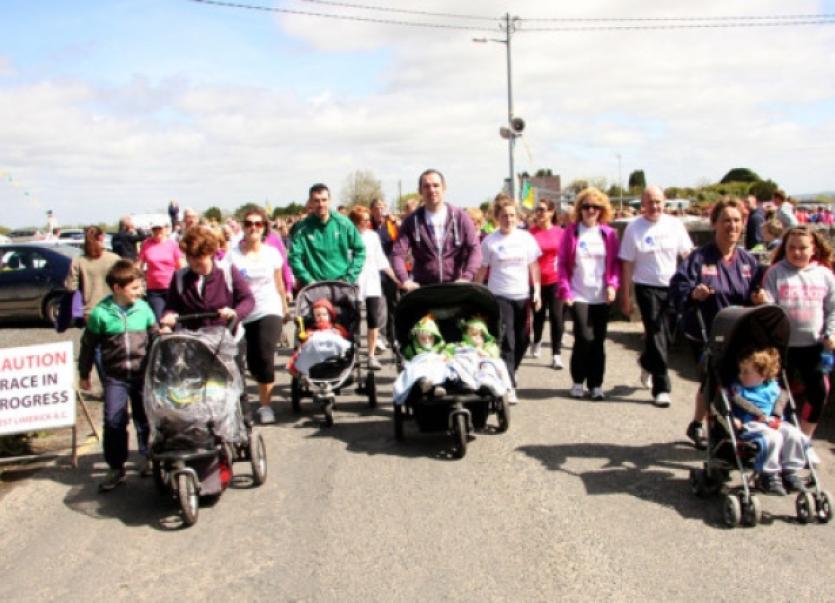 IT WAS a bittersweet day in Monagea as the memories of two local young people taken before their time – Niamh Herlihy and Darra O’Donovan – were celebrated at a charity run, walk and cycle that raised over €60,000.

IT WAS a bittersweet day in Monagea as the memories of two local young people taken before their time – Niamh Herlihy and Darra O’Donovan – were celebrated at a charity run, walk and cycle that raised over €60,000.

The families of Niamh and Darra, who died suddenly at the ages of 20 and 15 respectively in 2011, organised the event in aid of the charity ‘CRY’, which is raising awareness of sudden adult death in young people.

The day saw over 350 cyclists take part in 80km and 40km circuits that started and finished at the Monagea community centre, while an estimated 1,300 people took part in a 10km run/walk event.

Clare O’Donovan, Darra’s mother and one of the organisers of the event, said that it was a wonderful but emotional day.

“It was very hard. The tears were in the back of my eyes all day. But seeing all the people who had come out for Niamh and Darra was wonderful. Short and all that their lives were, they made a real difference to our lives”.

Throughout the day a small army of volunteers, friends and relatives helped ensure that the event went off as smoothly as possible: refreshment stalls handed out hundreds of drinks, while 135 sliced pan loaves were buttered to make sandwiches.

Balloons were also released in memory of Niamh and Darra, whose deaths united the communities of Monagea, Newcastle West and Strand in an outpouring of grief.

Clare said that the fundraising for the event has shattered the organisers’ initial hope of €30,000. “It’s unbelievable really. We’ve €62,000 in so far, and we’re still waiting on a few more cards to come in.

“The day was brilliant. We had over 350 bikes in both cycles, and we had about 1,300 walkers and runners too. It was brilliant, there was a sea of colour. The feedback we’ve been getting over the past few days has been fantastic.

“We left off balloons for Darra and Niamh; there were refreshments and sandwiches for everyone. We were delighted.”

Clare added that they are already hoping to repeat the event’s success in years to come.

“We’re definitely hoping to make it an annual event, based on all the positive feedback. We’re delighted with all the support we received”.

Doctors, nurses, physios and members of the Red Cross attended throughout the day.