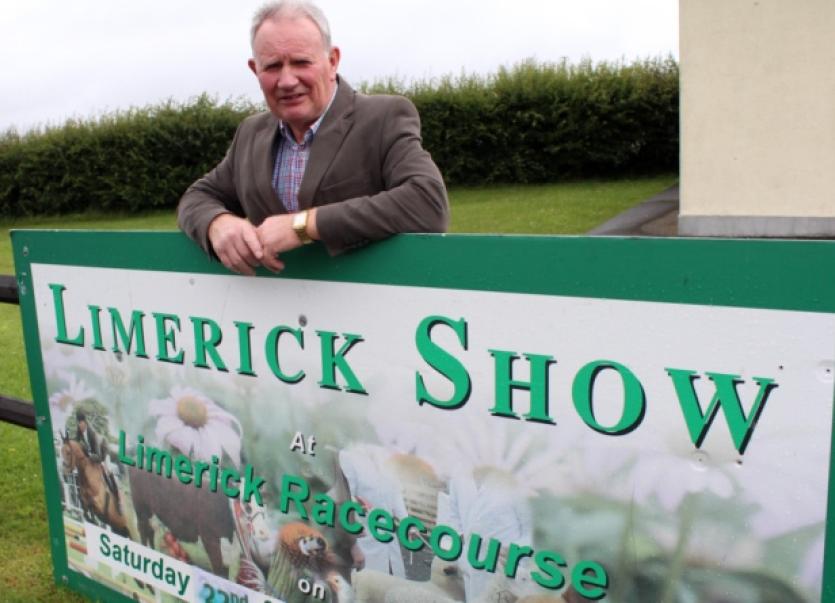 THE FUTURE of Limerick Show is in the links between city and county, says new chairman, Richard Kennedy.

THE FUTURE of Limerick Show is in the links between city and county, says new chairman, Richard Kennedy.

The Clarina man took over from long-standing chair, Leo Walsh, this year and is looking forward to Saturday and Sunday, August 22 and 23 in Limerick Racecourse.

It is the perfect location for any event because if it rains there are so many indoor facilities. And Richard would like to imbue some of the spirit from its former home in Greenpark to its new one.

“One of the big things about the show in the past - it was a link between the county and city. I would like to see more people in the city coming out to enjoy all the attractions we have over two days. Greenmount is a wonderful site and is a tremendous place to spend an afternoon.

“That is where the future of Limerick Show is - in the links between city and county. We are all Limerick, we all wear the green jersey wherever we go. Come to see animals, come out in to the country and have a look around. We are trying to cater for all the family ” said Richard, who is a former Limerick IFA chairman and national dairy chairman.

He says sponsorship is reflecting the improving economy and while it is still early days he hopes that exhibitors will be up too. It goes without saying that there will be a huge range of cattle, horses, dogs, horticulture, baking, arts and crafts, vintage cars and machinery, fun and games for children, exhibitors and much more.

A big change this year is that cattle will be shown on both days - dairy on Saturday and beef on Sunday. Previously all bovine classes were on the Sunday.

“The reason for doing it is that people who came to the show on a Saturday expected to see cattle and saw no cattle. They weren’t very happy about that so that is why we did it,” said Richard.

“A big learning curve” is how he describes his first few months as chairman.

“I have never been involved at this level in the show before. I have been involved as a spectator, steward, doing the gate or parking cars. I have good people around me to help me, everyone is working hard and we will give it everything. There is tremendous goodwill and we will try and build on that,” he said.

Once the last person leaves the Racecourse on August 23 Richard hopes that everyone says they enjoyed it and that there was something to do and see for all the family.

Limerick Show will be launched in the Racecourse on Tuesday, August 4 at 5.30pm.