Dogs to be banned from Limerick cemeteries under new rules 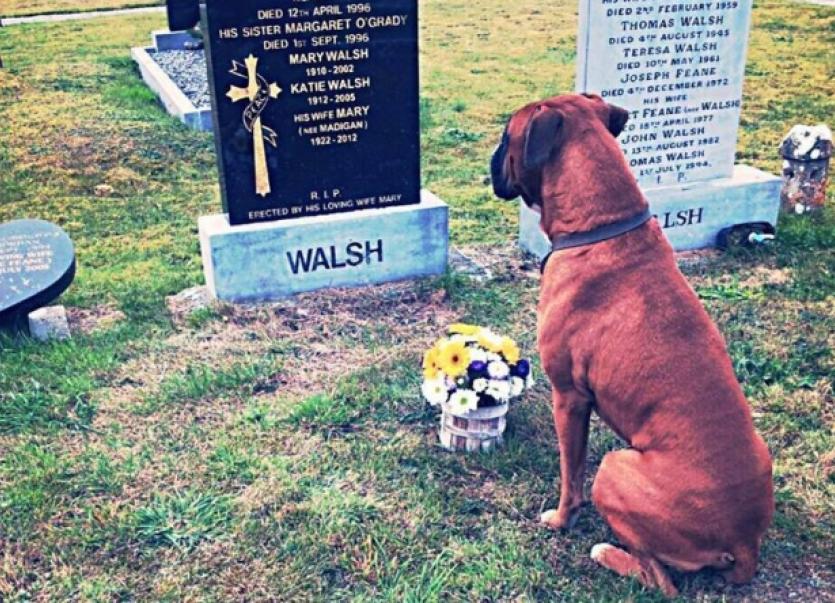 DOGS will not be allowed to enter cemeteries, according to new draft bye-laws that were introduced by Limerick City and County Council recently.

DOGS will not be allowed to enter cemeteries, according to new draft bye-laws that were introduced by Limerick City and County Council recently.

Other than guide dogs accompanying people with vision impairment, dogs will not be allowed to access city and county cemeteries, due to a large number of complaints received about “dog fouling”.

A spokesperson for the council said that this has become a “serious problem for monumental sculptors working in cemeteries”.

Under the draft bye-laws, the council may provide Annual Maintenance Plots, which are designated areas for small or large monumental headstones or larger sized graves.

Additionally, the council may also provide columbarium walls or other facilities for cremated remains.

Other features include that visitors must only leave and enter cemeteries through the entrance; people who cause damage are responsible for repairment; and it is “lawful for any employee of the council or for any member of the Garda Síochána to enforce these bye-laws” and to remove people in breach of the bye-laws from the cemetery.

People in breach of these bye-laws can be issued fines of €75, and people guilty of offences under the proposed bye-laws can face a fine not exceeding €2,500 at the District Court.

The 18-page draft bye-laws are currently on public display until Tuesday, August 25 at the Limerick City and County Council offices and on www.limerick.ie.

Observations can be forwarded to the council on or before 4pm on September 2, this year. Submissions can be e-mailed to the environment department at customerservices@limerick.ie.

Director of services, Kieran Lehane said that this will replace existing bye-laws and added that the proposed bye-laws will provide “good management” of all city and county cemeteries.